You are here: Home / Archives for Hotel / Gorgeous 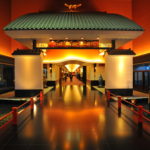 There are quizzes after 2 paragraphs. What is it? Meguro Gajoen is a luxury hotel along the Meguro River in Meguro-ku, Tokyo. Originally Hosokawa Rikizo, who was born in Ishikawa Prefecture and managed the restaurant Shibaura Gajoen, was a restaurant opened in 1931. After that, it became Japan's first general wedding hall. In 2017, the management team changed and the name … END_OF_DOCUMENT_TOKEN_TO_BE_REPLACED 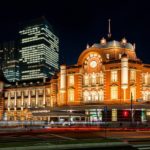 The red brick-made Marunouchi Station building, which was built in 1914 and feels its history and style, reigned as a symbol of Tokyo Station. However, in 1945, it was partially destroyed by the Tokyo air raid. Temporary restoration and first aid were given, but many people asked for the preservation of the red brick station building by the “Citizens' Association that loves … END_OF_DOCUMENT_TOKEN_TO_BE_REPLACED