You are here: Home / Archives for Hyogo 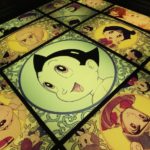 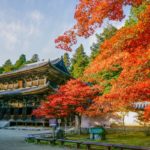 The popular temple in Himeji, Hyogo Prefecture, Mt. Shosha Engyoji Temple is the 27th temple of 'Saigoku Sanjusankasho' (the 33 temples that are visited during the Kansai Kannon Pilgrimage). It is a temple where many worshipers visit since ancient times. Engyoji Temple is easily accessible via a ropeway, so you can visit it while enjoying the superb view on the … END_OF_DOCUMENT_TOKEN_TO_BE_REPLACED 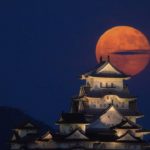 Himeji Castle is a castle located in Himeji City in the middle and south of Hyogo Prefecture. It is located about 1 km north of Japan Railway Himeji Station in the center of Himeji City, and you can see the castle tower from the Shinkansen platform of Himeji Station. Himeji Castle is a modern castle built on Mt. Himeyama, a hill with an altitude of about 46 meters, and the … END_OF_DOCUMENT_TOKEN_TO_BE_REPLACED 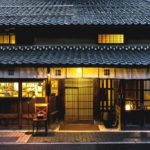 Why not stay at Castle Town Hotel in Sasayama City, Hyogo Prefecture? Luxurious Japanese modern rooms renovated from old houses scattered around the city. A Japanese-style French bowl dinner where you can enjoy the taste of Tamba Sasayama. Then, the whole castle town is regarded as a hotel, and a mechanism to enjoy stays as if you live in the town. Get close to the charm of a … END_OF_DOCUMENT_TOKEN_TO_BE_REPLACED 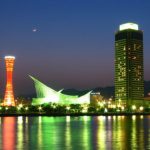 Kobe Port Tower was opened in 1963 for the reconstruction and development of Kobe Port. Built with the world's first pipe structure based on the concept of "unique design not seen in the world" and "being a symbol loved by Kobe citizens". It is also called “Steel Tower Beauty” because of its elegance and beauty, and it looks red in the daytime and lights up the city of Kobe … END_OF_DOCUMENT_TOKEN_TO_BE_REPLACED 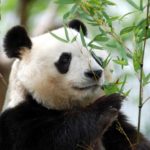 Speaking of sightseeing in Kobe, there are many people who plan to go sightseeing such as ijin-kan buildings (former residences of early foreign settlers), cityscapes, and sake brewery tours. However, the Kobe City Oji Zoo is also a popular spot. Because other than animals such as elephants and lions, pandas have been bred early in Kobe, a friendly city with Tianjin. In … END_OF_DOCUMENT_TOKEN_TO_BE_REPLACED 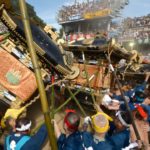 There are so many festivals called "festival month" in Banshu in October. Especially Himeji's "Nada Fighting Festival" is widely known as one of the three major festivals in the Kansai region. This "Nada Fighting Festival" is an autumn festival held at Matsubara Hachiman Shrine in Shirahama-cho, Himeji City, Hyogo Prefecture. This name comes from the fierce clash of "Mikoshi" … END_OF_DOCUMENT_TOKEN_TO_BE_REPLACED 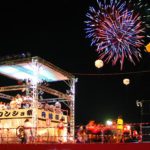 There are various festivals that dealt with "Minyo" (a traditional folk song), but it is probably the "Tamba Sasayama Dekansho Festival" where local love stands out. Tamba Sasayama once flourished as a castle town. There are many tangible and intangible cultures, such as local culture and local products, such as Sasayama Castle, Tamba black soybean, Botan-nabe, Tamba Toji, … END_OF_DOCUMENT_TOKEN_TO_BE_REPLACED 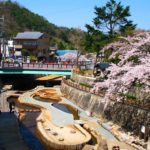 Arima Onsen Hot Springs Resort located in Mt. Rokko's Gorges. It is relatively cooler in summer than downtown Osaka and Kobe, and is also known as a summer resort. On the other hand, winter is severe cold and sometimes snow is piled up. Such Arima Onsen is famous nationwide as a cherry blossoms and autumn leaves, and spring and autumn can be said to be the best season for … END_OF_DOCUMENT_TOKEN_TO_BE_REPLACED 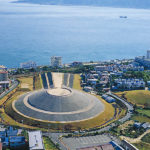 "Goshiki-zuka Kofun Tumulus" was built in the late 4th century with a large keyhole-shaped tomb mound in Tarumi, Kobe. It is considered to be a grave of the rulers who ruled the Akashi channel and its surroundings. The largest burial mound in Hyogo prefecture. It is unusual to be able to climb to the top of the tomb, and of course if you are interested in history or archeology, … END_OF_DOCUMENT_TOKEN_TO_BE_REPLACED