You are here: Home / Archives for Shimane

Izumo Oyashiro Shrine is known as "god of marriage" "Izumo Taisha Shrine" is the official name is "Izumo Oyashiro Shrine". According to "Kojiki" (Records of Ancient Matters) and "Nihonshoki" (Chronicles of Japan), "Okuninushi no Mikoto" (chief god of Izumo in southern Honshu Island, Japan, and the central character in the important cycle of myths set in That region) is said to … END_OF_DOCUMENT_TOKEN_TO_BE_REPLACED 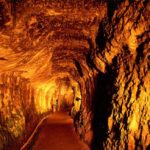 “Iwami Ginzan Remains” in Ota City, Shimane Prefecture, which was registered as a UNESCO World Heritage Site in 2007. It is a wide area composed of 14 assets such as silver mine ruins, townscapes, highways, harbors, port towns, castle ruins. If it is the first time, you will be at a loss as to where and how to start. "Iwami Ginzan" is a silver mine that has been developed for … END_OF_DOCUMENT_TOKEN_TO_BE_REPLACED 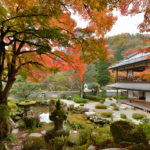 Tsuwano, which is said to be a small Kyoto in Sanin, is a town located on the border of Shimane and Yamaguchi prefectures. This is a castle town that has been around 700 years since the Kamakura period. The colorful carps swim in the fresh water flowing through the city's ditch, and the sight followed by the white mud wall leaves the atmosphere unique to this town. The site is … END_OF_DOCUMENT_TOKEN_TO_BE_REPLACED 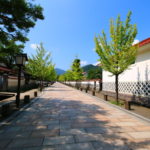 Red torii and castle town shine in the green of the mountain. Called "little Kyoto of San-in", "Tsuwano" is full of charm that tickles the spirit of travel, such as historical romance, prayers & sacred places, Japanese goods and traditional Japanese sweets.If you want to fully enjoy the feeling that everyone will be healed, it is recommended that you travel alone. "Tsuwabuki … END_OF_DOCUMENT_TOKEN_TO_BE_REPLACED