You are here: Home / Archives for Tokyo

Kiyosumi Garden is rich in nature, although it is in Tokyo "Kiyosumi Garden" is a municipal garden located in Fukagawa, Tokyo. This garden was landscaped by Yataro Iwasaki, the Mitsubishi Zaibatsu founder (financial and industrial conglomerate) during the Meiji era. In those days, it is said that the garden was the comfort for employees and entertainment for visitors. In the … END_OF_DOCUMENT_TOKEN_TO_BE_REPLACED

Enjoy the natural scenery transitions from season to season Yoyogi Park is the fifth-largest in the metropolitan park in Tokyo's 23 wards. Before the war, it was an army facility. After the war, it became a dormitory site of the US military; in the Tokyo Olympic Games, it was used as an athlete village and opened as a park in 1967. In the vast park of 540,000 square meters, … END_OF_DOCUMENT_TOKEN_TO_BE_REPLACED 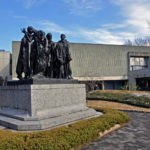 A UNESCO World Heritage Site The National Museum of Western Art is located in a convenient location, 1 minute walk from the park entrance of Ueno station in Tokyo. This is the facility for the storage and exhibition of the "Matsukata Collection" boasted by the National Museum of Western Art. In the front yard, there is also a sculpture of Rodin. The building of the main … END_OF_DOCUMENT_TOKEN_TO_BE_REPLACED 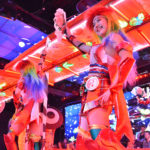 It is a place named "restaurant", but the customer's purpose is not meals. "Robot Restaurant" in Tokyo Shinjuku is a restaurant where you can enjoy entertainment shows such as huge robot dance. A lot of foreign tourists pack up here in the Shinjuku Robot Restaurant, and luxurious gorgeous night shows are spreading every evening. In 2012, the Robot Restaurant of sightseeing … END_OF_DOCUMENT_TOKEN_TO_BE_REPLACED 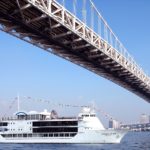 There is a space that makes you feel like a luxury hotel There are times when you think that "I want to forget everyday and taste an elegant moment!" In that case, it is "Tokyo Bay Cruise Vinght Et Un". "Vinght Et Un" is a large-scale restaurant ship leaving Takeshiba Wharf to travel around Tokyo Bay. The place of "Vinght Et Un" is the "Takeshiba Passenger Terminal" at … END_OF_DOCUMENT_TOKEN_TO_BE_REPLACED 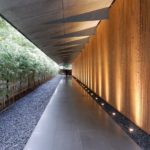 When entering the entrance of a quiet atmosphere, the corridor of bamboo is continued Nezu Museum is a private museum in Minato-ku, Tokyo. It houses many national treasures and important cultural properties, and is also known for its beautiful buildings and gardens. It is also close to the shopping street of ​​Omotesando and is also a recommended spot to visit on … END_OF_DOCUMENT_TOKEN_TO_BE_REPLACED

An extraordinary space in the city filled with blue sky, green and water The popular spot "Sunshine Aquarium" is an aquarium in "Sunshine City" of Tokyo Ikebukuro. In the summer of 2017, the outdoor area "Marine Garden" has been renewed drastically, making it a more popular spot. It has been transformed into a healing space that makes you imagine a tropical resort, forgetting … END_OF_DOCUMENT_TOKEN_TO_BE_REPLACED 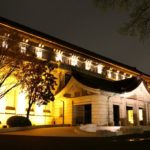 Japan's oldest museum "Tokyo National Museum" in Taito-ku, Tokyo is Japan's oldest museum aimed at collecting, storing and exhibiting cultural properties of Japan and the Orient. There are more than 110,000 collections including more than 80 national treasures and over 600 important cultural assets in the "Tokyo National Museum" consisting of 5 exhibition halls and museums. … END_OF_DOCUMENT_TOKEN_TO_BE_REPLACED 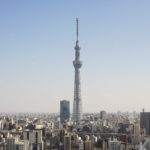 The glittering big city from "Tenbo deck" and "Tenbo corridor" It is the Tokyo Sky Tree in Asakusa that has become a representative tourist attraction of Tokyo. It is the highest radio wave tower in the world, rising to the Asakusa area full of downtown atmosphere, 634 meters in height. Since opening in 2012, it is crowded with a lot of tourists. Around the Sky Tree, "Tokyo … END_OF_DOCUMENT_TOKEN_TO_BE_REPLACED