There are still many traditional summer festivals around Akita. Some events are also registered as national important intangible folk cultural properties and UNESCO World Heritage Sites. Various traditional cultures such as Bon Odori, Mikoshi (portable shrine), festival car, and music remain, and there are many attractive summer festivals.
The Tanabata event (preserved by the Hanawa Bayashi Festival Committee), which is held from August 7 to 8 every year in the Hanawa, Kazuno City, Akita Prefecture from the end of the Edo period, is “Hanawa Neputa”.
Hanawa Neputa is an event that has been around since the end of the Edo period. “Large Lantern of ‘Osho’ (King)”, which is a beautifully colored drawing of a warrior figure that is more than 5 meters in height in the shape of a shogi piece, passes along the street with a large drum of 2 meters in diameter. At night, a brightly colored neputa lights up and shines in the night sky, showing a beautiful sight.
On the last night of the festival, there are spectacular views of the over 10 large lanterns from each district gathering on the riverside of the Yoneshiro River, and when the night sky covers the riverside, the fire is lit. The gorgeous fire is reflected on the surface of the river and beautiful, and at the same time fireworks are launched to mark the end of the festival.
“Large Lantern of ‘Osho’ (King)” is written large character of “King” in front, “Star Festival” on the right side, “Milky Way” on the left side, and is heroic “warrior picture” on the back, it is a traditional style.
A large drum (a cowhide barrel drum) is struck by two people on one side with a large repellent effect in both hands. The traditional songs are “Tanabata” and “Onosaka”, and the sound of the drum is said to reverberate in all directions.
On the night of August 7, there will be an “Ekimae Parade”, “Osho Competition”, and a parade towards Red Torii. On the night of August 8th, there will be a parade towards Inamura Bridge, and the main highlight of Hanawa Neputa, ‘nemuri nagashi’ will be held.

“Nemuri Nagashi” burning the lanterns is the biggest viewpoint

Hanawa Neputa is a Tanabata event (a seasonal festival called the Star Festival in Japan) that takes place on the 7th and 8th August every year from the end of the Edo era in the Hanawa region. The main point of this event are Osho-Toro (lanterns shaped like shogi piece) about 5 meters in height which shaped a piece of shogi and a big drum with a diameter of 2 meters. They strike the big drum and go around the town according to the music. On the final day, the fire burns all at once into lanterns lining up in the Inamura Bridge across the Yoneshiro River. This “Nemuri Nagashi” burning the lanterns is the biggest viewpoint of Hanawa Neputa.

The unique rhythm of the big drum echoes in summer nights of Kazuno town Hanawa area. During the 2 days of August 7th and 8th, the big lantern and the big drum will walk through the town while letting the distinctive music accompanied by the whistle. This district’s unique Tanabata Matsuri Festival is this “Hanawa Neputa”.

There seem to be various opinions of its origin

The origin of Hanawa Neputa is not certain. This is said to have been done since the end of the Edo era, the theory originated from “Neburi Nagashi” (an event that banishes one’s sleepiness) or “Mushiokuri” (making a torch procession to drive away crop – eating insects) , there seem to be various opinions.

The picture lanterns with a height of 4 meters in the shape of a piece of shogi are called “Ote”, and while striking the big drum of 2 meters in diameter which is carried on the cart, it walks around the town. On the front of Ote, the letters of “Osho” (kingship), the left side is “Amanogawa” (Milky Way), the right side is marked as “Tanabata Matsuri” (Star Festival), and on the back is “Musha-e” (Ukiyo-e prints of warriors) on the back. It is a unique picturesque lantern in this region that can not be seen elsewhere.

The most interesting point is “Nemuri Nagashi” which Osho Lantern walking around the town is aligned with the Inamura Bridge and flushed all at once. At the same time big drum is beaten and fireworks are launched. You can enjoy “fantasy of the warrior picture swaying in the darkness” and “sound of the big drum trembling in the town”, and a large-scale fireworks festival that burns the night sky. 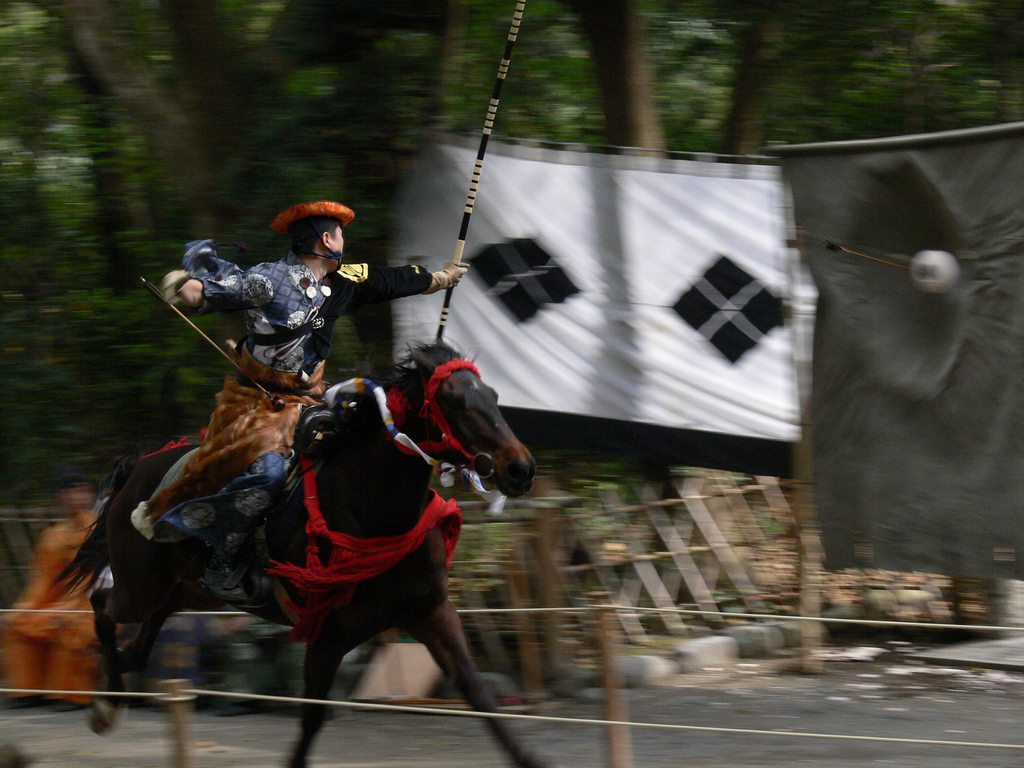