Hibiya Park is famous as an urban oasis in Hibiya, Tokyo. Hibiya Park is a park on a vast site just off the Yurakucho Station on the Japan Railway and Hibiya Station on the Tokyo Metro. A park full of greenery surrounded by office buildings and commercial facilities is called an oasis in the city center. It is a sightseeing spot where you can spend a relaxing time by visiting the landscaped squares and ponds in the park.
Hibiya Park is a park with a long history that opened in June 1886. In the Edo period, places such as the Governor of Hizen Province, which used to be samurai residences, began to be used as army training grounds in the Meiji period, and were later developed as the first Western-style modern park in Japan. .
There are also cultural facilities such as an outdoor music hall and a public hall, and you can enjoy seasonal flowers throughout the year, making it a popular place for citizens to relax.
Hibiya Park is basically free of charge except for some facilities such as a music hall and a wedding hall. In the large site, there are plenty of relaxing facilities such as a square where children can play, a pond with a view and a fountain. The park, which is reasonably large and takes about 30 minutes to walk around, is perfect for walks, dates and sightseeing on sunny days.
In a park full of greenery, you can enjoy different seasons with cherry blossoms in spring and autumn leaves in autumn. The park is open 24 hours a day, so it’s nice to be able to visit for sightseeing at any time. Services such as free wheelchair rental are also available at the service center in the park. Let’s enjoy sightseeing in Hibiya Park where a wide range of people can spend comfortably.
The biggest symbol of Hibiya Park is the “Great Fountain”. The fountain pond has a three-stage structure of upper, middle and lower tiers, and the pond diameter is 30 meters. The height of the fountain by the main fountain is as high as 12 meters, and it is lit up at night, creating a very romantic atmosphere. The fountain is open from 8:00 to 21:00 every day and can be enjoyed every 28 minutes.
Hibiya Park is in the middle of the city and is loved as an oasis for people who work and live in the city. At noon, you can see the people working in the vicinity eating lunch on the bench. There is a library in the park, and there are fashionable cafes and restaurants in the surrounding area, so it is crowded with many people on weekends. If you want to spend a relaxing holiday, please visit.

Green oasis of a business district

Hibiya Park is the first Western style modern urban park in Japan that was born in 1903 by the city plan to the south of the Imperial Palace. It is close to the metropolitan area such as Kasumigaseki, Ginza, and Shinbashi, and it is greatly used as green oasis of a business district. Moreover, it is a rich green park which is full of flowers through the four seasons. There are large-scale facilities, such as the public hall, big and small concert hall, and a library, in the park. Many events are also held through the year.

One of the “modernization” of those days

In Japan, before the opening of Hibiya Park, there was no concept of a “park”. The public place in which people gathered at the Edo period was the precincts etc. of the temple which has vast ground. As a city park for Japanese people, building a modernistic “park” by a Japanese designer could be said that it was one of the “modernization” of those days.

It often appears in the media

The “large fountain” which is the greatest symbol of Hibiya Park works from 8:00 a.m. to 9:00 p.m. every day. You can enjoy 24 kinds with 28 minute cycle.
The fountain pond has a diameter of 30 meters and the height of the main fountain blowing up is 12 meters. Moreover, it is lit up at night. The large fountain, the fountain square and the second flower bed are the typical scenery of Hibiya Park. As a point of shooting for television and magazines, etc., it often appears in the media.

The residence of Daimyo in the Edo period

the ruins of Hibiya Mitsuke (area lying outside the gates of a castle) is the archeologic features of the precious Edo period which remains in Hibiya Park. The place where Hibiya Park is currently located was the residence of Daimyo in the Edo period, then in order to get to Edo castle, one had to go through this Hibiya Mitsuke. The circumference of the stone wall was a moat, and it has been left the part as “the Shinji-ike pond” (heart) (pond in the shape of a Chinese character and “heart”). Little egrets, herons, ducks, etc. fly to the pond.

The third oldest as a fountain of urban parks

It is said that the fountain of crane in the Kumogata-ike pond is the third oldest as a fountain of urban parks. Spring cherry tree, ginkgo biloba and colored leaves of maple from autumn to winter are brilliant. 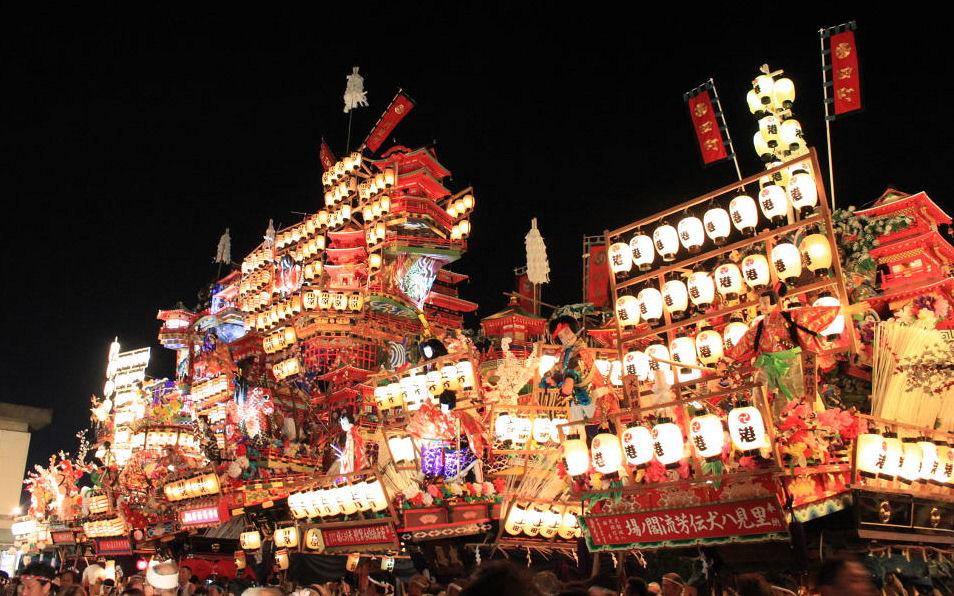