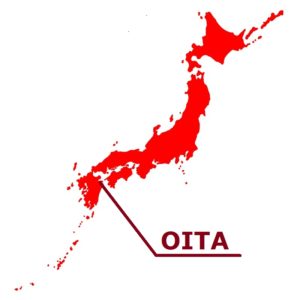 “Hita City” remains a Japanese tasteful landscape in western Oita Prefecture. The Hita Basin surrounded by mountains is popular as a small town where you can feel the Showa era, such as a houseboat that is said to be a feature of Hita Onsen and a small Kyoto “Mamedacho shopping street” in Hita that can be said to be a feature of Japan.
Hita City is a mountainous town rich in nature in the western part of Oita Prefecture. Hita flourished as a territory under the direct control of the shogunate during the Edo period, and the cityscape that still remains today shows its glory.
Hita has a lot of charms that are not yet known, such as enjoying delicious gourmet food using natural water, the blessing of nature, dotted with hot springs for day trips, and enjoying natural activities.
Hita City, Oita Prefecture is said to be a “water town” because it has many rivers. Mikuma River is especially famous for its cormorant-fishing that takes advantage of its abundant water volume and wide river width. It is one of the three largest cormorant-fishing in Japan, along with Gifu City in Gifu Prefecture and Oshu City in Aichi Prefecture. In addition, it has been designated as an important intangible cultural asset of Oita Prefecture, and it is a valuable thing that conveys Japanese traditional culture to the present.
Cormorant-fishing began on Mikuma River about 400 years ago. It is said that Hideyoshi Toyotomi, who ruled Hita, invited “Usho” (a person who is engages in cormorant-fishing) from Gifu to perform cormorant-fishing at Mikuma River. From the time of Tenryō, which became a direct control of the Tokugawa shogunate in the Edo period, river play was a popular event for watching cormorant-fishing from houseboats, and it became established as a summer night feature. .
Mikuma River cormorant-fishing takes place from May 20 to October 31 every year. To see cormorant-fishing, apply for a ryokan at Hita Onsen, which owns a houseboat. It is safe because it can be used at a reasonable price. The inside of the houseboat is tatami mat and you can dine while watching the cormorant-fishing. Experience the elegant river play at the Mikuma River at night, while watching the cormorant-fishing boat illuminated by the bonfire.

Hita City Oita Prefecture is famous for being rich in nature. Moreover, Hita has been active as a key hub of traffic in the northern part of Kyushu region from a long time ago, and it is also a place where you can still feel the history and culture of those. Hita City is located in the northwest part of Kyushu, a basin surrounded by mountains such as Mt. Aso. This area is known as one of the most hot areas during the summer in Japan, and contrary in the winter, the coldest season is the lowest temperature and the snow falls. There is a river, and it is a recommended tourist spot enriched in the natural environment where you can feel the change in the four seasons.

There are several Yakata-bune (The roofed pleasure boat) are open in Misumi River flowing in Hita city. It has a history of 200 years and you can enjoy meals on board. More than 40 Yakata-bune lined up on the river side is very magnificent, it is said that it is a Hita’s style. You can see cormorant-fishing at Yakata-bune, and enjoy cherry blossom in spring, cooling in summer, colored leaves in autumn, a snow-viewing with a shoji and kotatsu in winter. It is a recommended sightseeing experience that you want to change the season and ride as many times as you like.
You can make a reservation at each inn that runs a Yakata-bune. In the case of shared, one adult can use it from about 3150 yen, and easy to use price setting is one of popularity. There are many inns that use a Yakka boat as a shipboard restaurant, shipboard cafe, and shipboard bar, and there are also various accommodation plans. You can feel free to enjoy Yakata-bune. In Misumi River’s pleasant wind, why don’t you try spending a nice time watching the sunset.

“Hita Yakata-bune”, which proud of the traditional history of 200 years, is admired together with the Nagara River in the whole country. it is one of the feature of Hita Onsen town where you can relaxedly have a delicious dish on the Yakata-bune which floated in the Mikuma River.

The figure that more than 40 boats of Yakata-bune float on the surface of a river becomes a feature of Hita for a long time.

In addition, the cormorant-fishing is carried out from May to October, you can fully enjoy emotion of riverside district Hita.

It is said that sailing of Yakata-bune was pleasure of the Daimyo in the old days. It is a recommended spot offering a gourmet and the charming of Hita, even if you visit here for one day trip.

The Mikuma River changes the figure by a season. The summertime for cool air, a snow-see viewing ship and many Yakata-bune march out in winter. 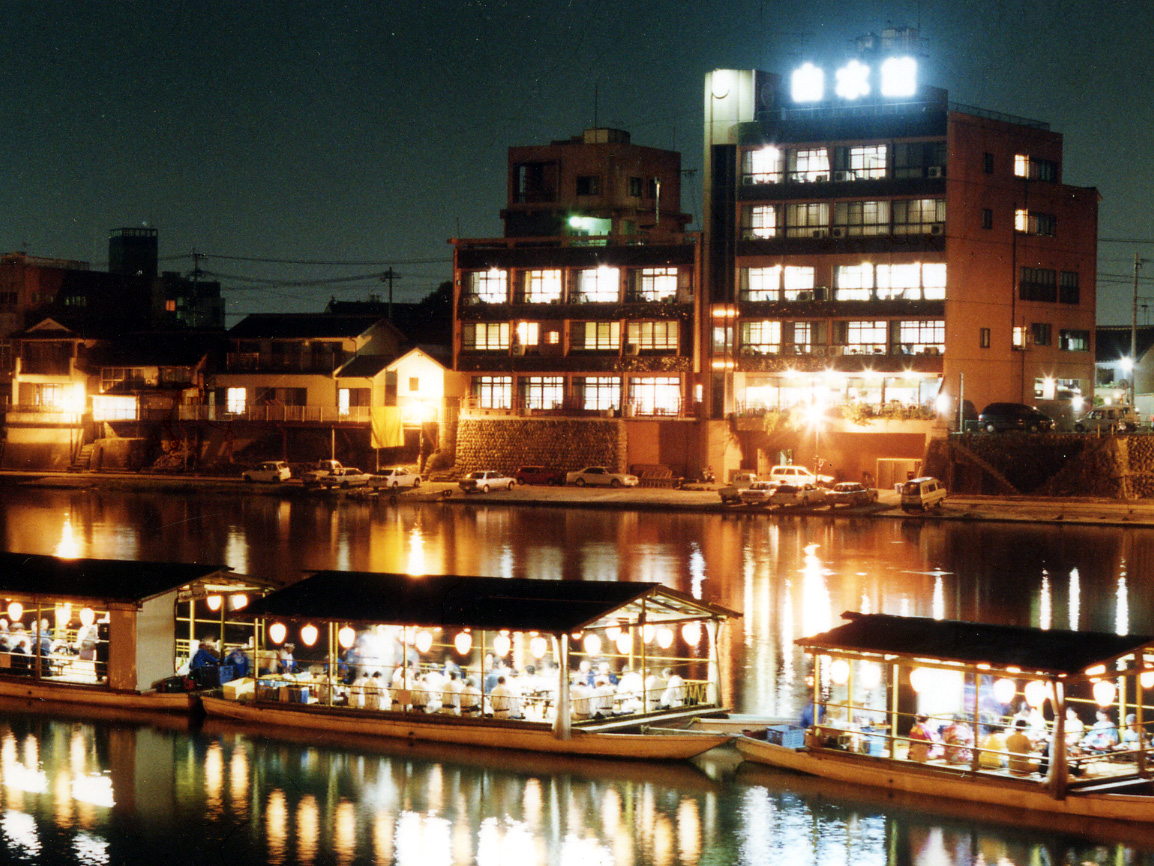