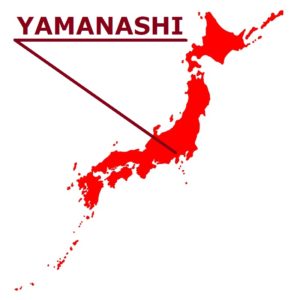 In the large grounds of Misogi-jinja Shrine, the beautiful forest of trees in Yamanashi Prefecture spreads out and you will be delighted by the harmony with the dignified shrine. In addition, you can feel the power of washing your soul just by standing for a while.
Misogi-jinja Shrine is famous as a shrine with the only Main Shrine of Ancient Shinto in Japan. It is said that it is important to clean the mind and body first through “Misogi” (ritual purification), the mystery of ancient Shinto. It is said that all wishes such as blessed with good ties, accomplishing academics, and prospering business begin with “Misogi”.
In Shinto, not only the body, but also the spirit and fate of the spiritual world are cleansed, and one day is valued and respected for being bright and alive. It is believed that the wish will come true. Before you make a request, clean your mind, body, and destiny and pray with fresh feelings to bring you closer to your dream.
“Nogaku-den” (Noh theater) which can be said to be a specialty of Misogi-jinja Shrine. It is Wooden irimoya zukuri (hip-and-gable construction) with hiwadabuki (cypress bark roof). All the wood used is a luxurious structure called Kiso Hinoki. The stage is fully equipped with the elements necessary for the original Noh stage, such as the main stage, the bridge, the mirror, and the nobility. Moreover, they are arranged in a balanced manner, like phoenix with their wings spread around the stage, and a series of stage groups emerge on the foreground pond. And the appearance reflected on the water surface further enhances the most exalted state of “Yugen” (delicate beauty, subtle and profound). The pond water itself is an arrangement that effectively amplifies the sound.
This Noh theater is said to be “the stage you want to play once” in the Noh world. The view is also amazing at night. You can enjoy a fantastic night view of the sky full of stars on the Noh theater and a water mirror reflecting the stage.
Misogi-jinja Shrine is a shrine that widely conveys to the people the practices and virtues of Ancient Shinto’s mystery “Misogi” as reported by Inoue Masakane, an enshrined deitie. This is a popular shrine that many people of all ages, not only locals but also from inside and outside the prefecture, visit.
In this Misogi-jinja Shrine, “Misogi” means “clean”. Shinto “Misogi” has a broader meaning. The most important thing is to make your invisible heart and destiny “clean” and spend time.
Being healthy, being connected to a good relationship, fulfilling school work, and prospering the business are all from “Misogi”. The idea is that all wishes will come true only when “Misogi” is performed to become a clean heart and body.
Misogi-jinja Shrine prays that your mind and body will be clean and your days will be enjoyable, bright and lively.

Nogaku-den, a lovely atmosphere nothing else

Misogi-jinja Shrine is a shrine located in Kobuchizawa, Hokuto-shi, Yamanashi Prefecture. In 1974, the Inoue-jinja Shrine in Higashi-Ueno, Tokyo, which was the original location, was destroyed, so the shrine was revived in Yamanashi Prefecture where there were many believers. In this shrine there are worship prayers, “Omiyamairi” (shrine visit), “Shichi Go San” (the Japanese tradition, girls aged 3 and 7 and boys aged 3 and 5 dress in kimonos and visit a Shinto shrine), wedding ceremony etc. are being carried out. It was a relatively new shrine because it was moved from Tokyo in 1985. The precincts are very beautiful, feeling pure and pleasant.

In Nogaku-den (Noh theater) you can celebrate the god pre-wedding. Nogaku-den, as it is above the water, is a lovely atmosphere nothing else. “Yatsugatake Takigi Noh” will be held every August, and “Noh festival” will be held in November, there will be events throughout the year. In this shrine, the spring water of Mt. Yatsugatake is regarded as sacred water, and to the person who applied for it, it is handed after being exhumed. (Chargeable)
Besides, it is a shrine that worth visiting several times, to do exorcises of the car or to experience a 1 day 2 day training.
Besides the main shrine of full-fledged Sinmei-zukuri Style, all timber used are Kiso Hinoki, Nogaku-den which is said to be one of the best in Japan is extremely magnificent. Suisho-Den which worships wells emerging from Mt. Yatsugatake is drawing attention as a sacred spot with strong spiritual power.

The word of “Misogi” of Misogi-jinja Shrine means becoming “clean”, and it is said that Japanese people have set on the origin of the way of thinking “clean” or “dirty” from ancient times.
Unlike Western “right and wrong thought,” it is thought that “Even if work goes wrong, or even if or a big misfortune falls on, if Misogi is performed firmly a certain period and you become “clean”, so you can step toward brand-new life again.”

Of course, religious austerities which is struck by the waterfall or is covered with water on the sea or a river is also “Misogi”, but seemingly, in Shintoism, to clean invisible heart and fate, and to spend each day lively brightly happily is also thought “Misogi”. There is the part overlapping with “Misogi” of the Buddhism a little, but seems to be the Shinto shrine cleansing mind and body together.

Fully equipped with an element necessary for the noh stage

In Nogaku-den (Noh theater) equal to Kaguraden (hall for Shinto music and dance), Kiso hinoki is used all, and it is fully equipped with an element necessary for the noh stage called Hon-butai (main stage), Hashigakari (attached bridge-form passageway), Kagami-no-ma (mirror room), Kinin-seki (noble seat), and it is arranged like the phoenix which extended feather centering on this stage.

Recipient of Order of Culture drawn

The late Tadashi Moriya great painter, who was a person of recipient of Order of Culture, drawn Oimatsu (The Old Pine Tree) on Kagamiita (a type of board used in Noh) of stage front.

As the best noh stage in Japan, it seem to be said to be “the stage that I want to play once” in the Noh world.