The Shinkansen also stops at Odawara and the transportation from Tokyo is good. There are also places close to hot spring areas such as Hakone, Atami, Yugawara, Izu, and many people stop by sightseeing. There are many sightseeing spots in Odawara Castle Ruins Park, centering around the main castle where the castle tower stands.
Odawara Castle Ruins Park has recently been renovated. Odawara Castle in the park and is the best tourist spot to represent Odawara. In the Odawara Castle Ruins Park, there are facilities such as historical sites, museums, zoos, amusement parks, libraries, local cultural centers. Throughout the year, you can enjoy seasonal flowers such as plums, cherry blossoms, irises, and hydrangeas, and many events are held at Ninomaru plaza.
Inside the castle tower, the first floor is the Edo period, the second floor is the Sengoku period, the third floor is the armor and the sword, the fourth floor is the history of the Odawara Castle, and on the 5th floor, the statue of the gravitational statue is settled. When climbing the castle tower of Odawara castle at an altitude of about 60 meters, it is possible to look over the Boso Peninsula on sunny days and cherry blossoms spread under the eyes in spring. The scenery from Odawara Castle, where you can see the sea, the mountain, and the city at the same time, is full of highlights.
Odawara’s cherry tree is also selected as one of “Japan’s Top 100 Cherry Blossom Viewing Sites.” Approximately 320 Someiyoshino are in full bloom in spring against the castle tower of the Odawara castle and the moats. “Odawara Cherry Blossom Festival” is held every year according to when they are in full bloom. Approximately 330,000 tourists visited during this period, and the surrounding area is bustling. During this “Odawara Cherry Blossom Festival,” various events are held at Odawara Castle Ruins Park Ninomaru Square.
Besides, in Odawara Castle, you can transform into a samurai, a princess, a ninja, wearing armor and a kimono. Why do you not experience these costumes and take a commemorative photo taken with Odawara Castle in the background? Those costumes can be borrowed at the “Odawara Castle Information Center in the House of Armors and Ninjas,” located just past “Tokiwagimon Gate” in Odawara Castle Ruins Park. Please try it by all means to commemorate the trip.

Charms and Highlights of Odawara-jo Castle

Both adults and children can enjoy

The Odawara-jo Castle is a popular tourist attraction of Odawara-shi. The castle tower is reopened in 2016 and attracts attention more. The Odawara ruined castle park of the inside of the castle is a place which there are tourist facilities, such as an art museum, a zoo, an amusement park, and both adults and children can enjoy. Many castle enthusiasts gather from all over Japan to the Odawara-jo castle, which the end of the history of the Age of Civil Wars can also be felt in the present age.

The origin of the Odawara-jo Castle is not certain. According to the record, Mr. Omori, a general of Suruga, is said to have governed this castle in the late Muromachi period. This castle appeared on the center stage of history because Soun Hojo deprived Omori of Odawara Castle during the Age of Civil Wars. 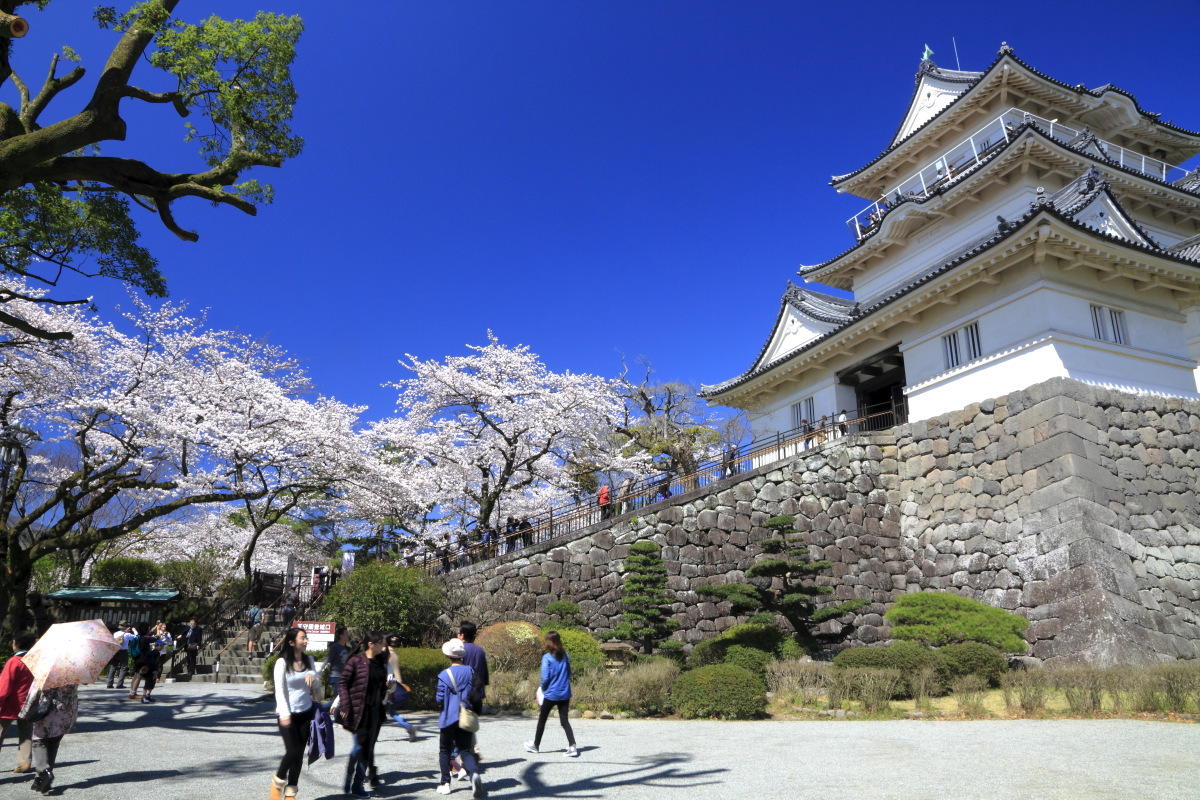 Specified as the historic relics of Japan

The Odawara-jo Castle became a deserted castle in 1870, and almost all buildings were sold off and disassembled. The castle tower was rebuilt in 1960. The ruins of the castle are specified as the historical relics of Japan now.

One of the 100 elections of the Japanese Sakura famous places

The cherry tree of the Odawara ruins castle park is chosen as one of the 100 elections of the Japanese Sakura famous places. Against the castle tower’s background, approximately 320 Somei Yoshino trees bloom in the ruins of the castle’s public garden, and the scene is an unparalleled view. The flowering time of the average year is from the end of March to the beginning of April. 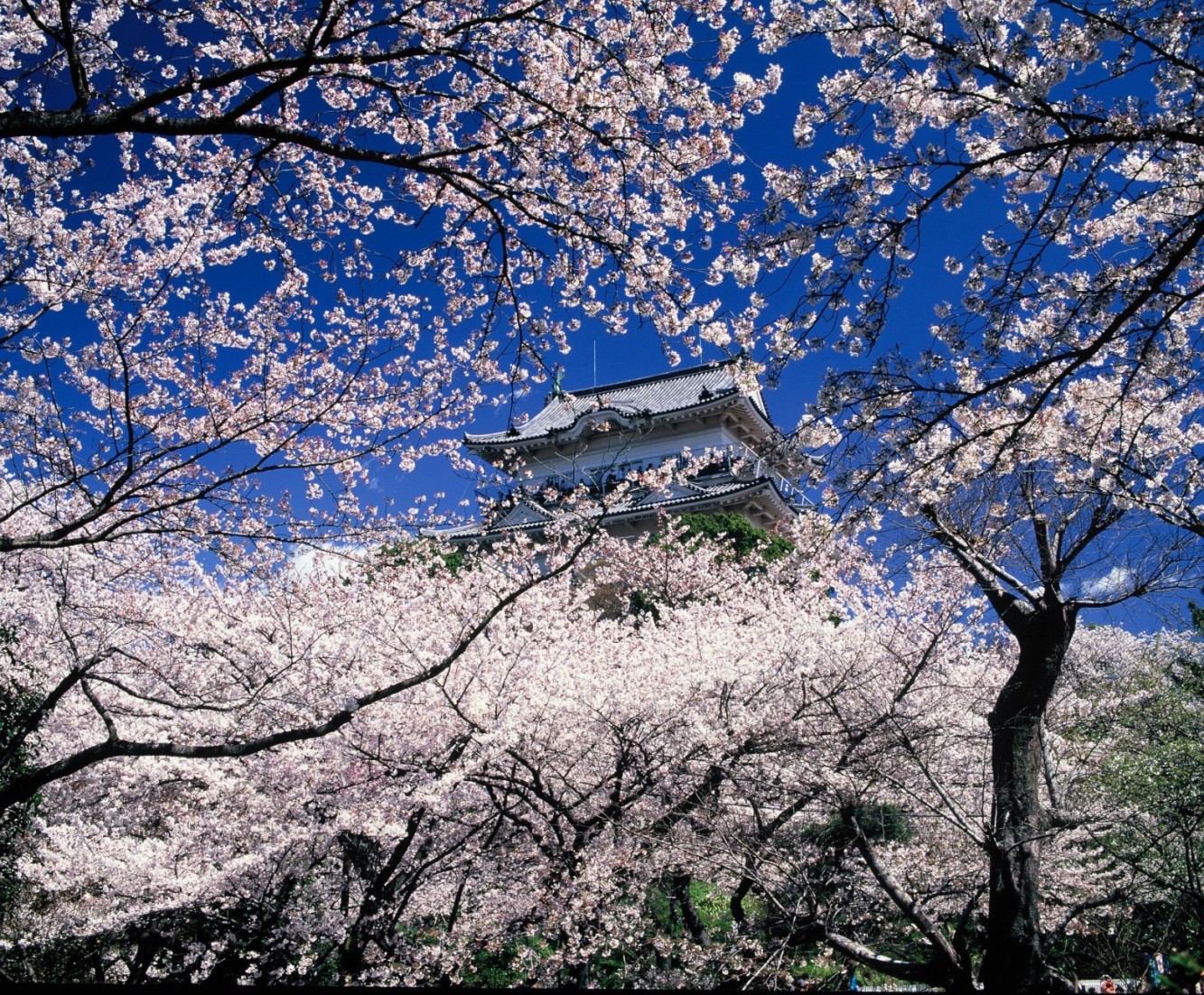