The vast landscape, birdcall, clear air that can only be seen here 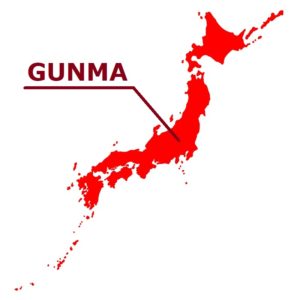 Oze National Park spans 4 prefectures in Gunma, Fukushima, Niigata and Tochigi prefectures. Approximately 300 thousand hikers visit here annually, and half of them choose the strolling route “Ozegahara.” The wetland spreads to Ozegahara, surrounded by mountains of 2,000 meters level, and a boardwalk goes far. If you walk down the boardwalk leisurely, you will be enveloped in the vast landscape, birdcall, clear air that can only be seen here.
There are two main courses of walking Oze National Park spanning the four prefectures, the “Ozegahara Course” and “Ozenuma Course.” Especially, the “Ozegahara Course” starting from “Hatomachitoge Pass” of Gumma Prefecture side is a popular course many people visit, such as Mizubasho and boardwalk extending in the marshland.
Speaking of Oze, the scenery where the boardwalk extends in the marsh is famous. To that end, you first go down the mountain path for about an hour from “Hatomachitoge Pass.” Let’s aim at “Yamanohana,” which is the starting point of the wetland.
As soon as departing, the section with a slope of about 30 minutes continues. Let’s prepare a walkable sneaker. After passing the big river called Kawakami River and passing through the road surrounded by trees, you will arrive at “Yamanohana” about one hour from the start. There is “Yamanohana visitor center” just to the right. There is an exhibition on animals and plants in the center, and you can hear explanations about Oze from the staff who are residents.

It is about 30 minutes as the boardwalk goes around in a large wetland. Because the height of this boardwalk is low, it is the point that you can see plants nearby. This place is not too crowded; it is a great place to enjoy Oze’s nature slowly.
It is extremely crowded in the high season when beautiful flowers and autumn leaves are at their best. If you want to enjoy Ozegahara slowly, let’s visit on weekdays.
Surrounded by 2,000 meters of mountains, the silence as long as you can see, and the tranquility of the boardwalk is full of clear air that will let you forget everything in your everyday life. How about refreshing in the Oze where you can enjoy a day trip from Tokyo’s city center?

It shows beautiful scenery every season

“Oze,” which also appears in the Japanese children’s song “Memories of summer,” is one of the country’s leading scenic spots where numerous mountain peaks and marshes spread. The vast wetlands, also called ‘Japan’s largest wetlands’ surrounded by many famous peaks counted in 100 famous mountains of Japan, show beautiful scenery every season. In the early summer, skunk cabbages make white flowers all at once. “Oze National Park” spanning Fukushima Prefecture, Tochigi Prefecture, Gunma Prefecture, and Niigata Prefecture exudes a secluded atmosphere and has released a wonderful charm has nostalgia somewhere.

One of Japan’s most famous mountains

Mt. Aizu Komagatake, boasting an altitude of 2133 meters, is a scenic spot representing Oze National Park. Famous mountains, which have beautiful shapes with remaining snow in spring, are considered one of Japan’s most famous mountains.

There are lots of sightseeing spots and special products

Katashina village in Gumma Prefecture is the village with a gateway to Oze. It is famous as an entrance to the nearest Gunma prefecture from Kanto. There are lots of sightseeing spots and special products using Katashina’s nature, including Oze trekking.