Speaking of historical drama sets, “Kyoto Uzumasa Eigamura” (Toei Movie Land) is famous, but it is actually also in Ibaraki. Moreover, the rate of appearance on TV and movies is very high. If you’re lucky, you might be able to see the movie and actors being filmed. Why do not you go into the built set?
“Warp Station Edo” is one of the most popular outdoor location facilities in Japan with an open set of historical drama. A wide range of times can be set from the Sengoku period to the Showa period, as well as the Edo period. Here, a large number of video works are filmed in abundant landscapes such as moats, drum bridges, Sengoku forts and castles, Nagaya and Hatago. The venue is open to the public, so anyone can enjoy the atmosphere of a historical drama with ease. However, there may be some restrictions on admission and traffic during the shooting. Please be aware in advance.
The Warp Station Edo, a location facility in the Tokyo metropolitan area, can be reached in about an hour by car from Tokyo. Although it is far from Tokyo, it is well known by media people and some movie and drama fans. What is the difference between a normal location facility and Warp Station Edo?
It is one of the few historical drama locations that can be reached within the Tokyo metropolitan area. That is the charm of this facility. When it comes to a location facility for historical drama, Kyoto’s “Kyoto Uzumasa Eigamura” may come to mind. But the metropolitan area also has The Warp Station Edo, which is well equipped. If you like historical dramas and movies, you will be able to remember the scenes of various works. In fact, quite a few works have been shot using this Warp Station Edo.
At the Warp Station Edo, the “Modern and Contemporary Area” was opened to the public in January 2019. That’s right, Warp Station Edo has more than just an Edo period facility. Warp Station Edo consists of its “Later Modern Period Area” and “Middle and Early-modern Period Area”.
To access Warp Station Edo, first take the “Tsukuba Express” rapid train from Akihabara Station and get on at Moriya Station or Miraihira Station. It takes 32 minutes to Moriya Station and 40 minutes to Miraihira Station. From there you will take a taxi. It is a 15-minute drive from Moriyama Station and a 10-minute drive from Miraihira Station.
There is a beverage vending machine in the entrance management building, but there is no dining facility at this Warp Station Edo. It is clearly stated on the official website, and people who come to film location will prepare their own plastic bottles. So let’s eat around the facility.
“Warp Station Edo” has no particular attractions except feeding carps. Therefore, it is a facility where there are many people who feel that it is not interesting just to walk casually. It is important to enjoy yourself that you have time slipped back in time. For this reason, there are people who feel like wearing kimono or cosplaying. If you have knowledge or interest in the old building, you can still enjoy it.

“Warp Station Edo” is the location facility of Tsukuba Mirai City, Ibaraki Prefecture. If you enter the park where sets of historical dramas stand, you will be attacked by a feeling like a time slip. You can feel the feeling of jumping over the spacetime from the warring States era where samurai are likely to ride on horses to the Showa era with a nostalgic fragrance. There are many outdoor facilities that can accommodate a wide range of genres such as Nagaya, samurai residence, castle, etc. where common people live in the premises. Facilities are open to the public, and anyone can visit. It is frequently used as the site of on location shooting for period dramas, and if the luck is good you can also see the shooting site. “Warp Station Edo” is a valuable facility where filming of historical dramas can be done near the metropolitan area.

What is impressive in the facility is the wooden “Edo Ohashi Bridge” which draws a gentle arc. Because many movies are filmed around this bridge, there may be people who have seen it in dramas and movies. In addition to this bridge, there are other items reproducing the building of the Edo period.
There is also an area that imaged the Edo castle that Tokugawa Ieyasu built “Edo castle zone”. It is said that there were 36 places in Edo castle, “turret of approach” of the watch place, turret which stores weapons and watches far away has also been reproduced. The front gate “Otemon” is dignified as a symbol of Ieyasu’s authority.
Although it is a valuable facility that can meet the old culture of Japan like this, “Warp station Edo” is basically a filming facility, and its function as a tourist facility is not the focus. The bus operated by the city runs several times a day, but it is far from the bus stop to “Warp Station Edo”, so it is recommended to use a taxi.

Being used as shooting place for a film

The “Warp station Edo”, which has the open-air sets of the historical drama, is an eminent outdoor facility for a shooting place for a film in the country. It can set various historical backdrop not to mention the Edo era, wide times setting from the Warring States Period to Showa era. 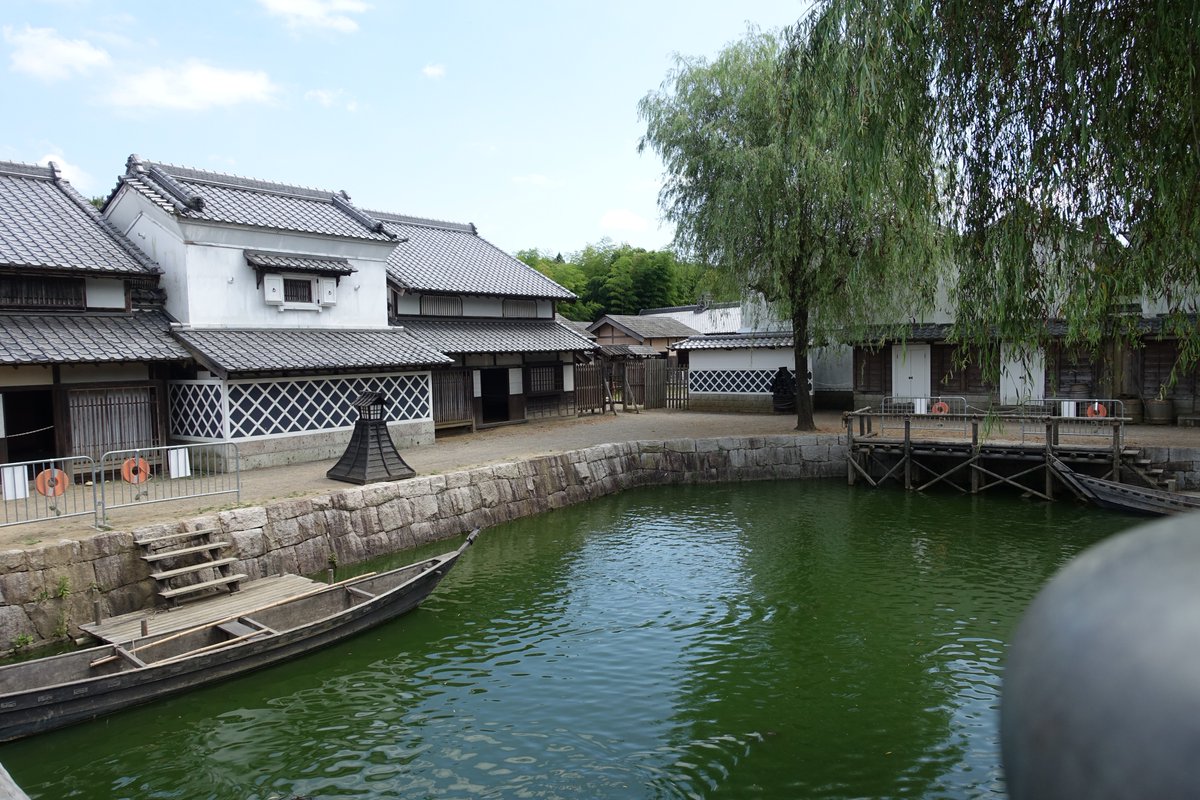 Here, many picture works are shooted on the stage of the abundant scenery such as a moat and an arched bridge, a fort and a castle, a tenement-house or a Hatago (inns).

It consists of the Edo-jo Castle zone that you can enjoy the dynamic scenery like Ote-mon Gate, samurai residence, gate of a tenement-house style were united with a moat, and the Town zone of Edo that you can enjoy prosperity such as a big store town or Machiya around Nihonbashi, the Kaisen donya (wholesaler in port).

This place is opened to the public, and anyone can enjoy the atmosphere of the historical drama willingly. But it seems to have possibilities to limit a part of entrance and the traffic during photography.

Hometown of the Japanese heart

In the cityscape reproduced very precisely, you can sense the Edo era that is the hometown of the Japanese heart.