“Tofukuji Temple” is known as the best spot for autumn leaves in the Kansai region as well as Kyoto. Especially during the fall foliage season, it is popular with tourists. The appeal of Tofukuji Temple is not only autumn leaves.
“Tofukuji Temple” was founded by Michiie KUJO, who was the “Kanpaku” (chief adviser to the Emperor) of the time, as a “Bodaiji” (family temple) of his grandfather Kanezane KUJO in 1236.
There are various buildings on the grounds, such as Sanmon, Hodo, Hojo and Buddhist temples, but most of them are historic temples designated as national treasures and important cultural properties.

Fantastic places in cool Japan
Todaiji Temple, Nara
http://diversity-finder.net/tourism/todaiji-temple-nara
At that time, Todai-ji Temple, with its world-class wooden buildings and Buddha statues, is said to have been created by collecting the highest technologies and sublimed into art. The great power of the ruler at that time can be seen. However, it was probably because of the people's faith at that time that they were rebuilt over and overdue and destroyed.Beyond the eternal time, the power to impress people is probably because "prayer" was included. However, as we live in the 21...

Fantastic places in cool Japan
Kofukuji Temple, Nara
http://diversity-finder.net/tourism/kofukuji-temple-nara
In the vicinity of Nara Park, there is a famous temple called Kofukuji Temple, which aligns with Todai-ji Temple. Kofuku-ji is famous for the Ashura statue, but it was also famous for its powerful monks. In the Kamakura period and the Muromachi period, they were practically the leader of the country. It continued until it gave way to Nobunaga Oda and Hideyoshi Toyotomi.Kofukuji Temple was originally the Kyoto-based Yamashinadeta Temple, which was originally founded by Fujiwara Kamatari's...

The season when Tofukuji Temple looks the most beautiful is probably the time of autumn leaves.
The view from Tsutenkyo Bridge, which connects the main hall and Kaizando Hall, is particularly famous. In autumn, many tourists form a line to see the view from Tsutenkyo Bridge at a glance.
In the precincts, you can see the scenery of about 2,000 maple weaves.
The scenery below the valley called Sengyokukan spreads underneath, and it is used for various historical drama and TV commercials.

The most famous bridge in Tofukuji Temple is Tsutenkyo Bridge, but there are several other bridges. The Sannobashigawa River runs through the grounds, and has three bridges, Gaunkyo Bridge, Tsutenkyo Bridge, and Engetsukyo Bridge. Together, these three bridges are known as the “Three Excellent Bridge of Tofukuji Temple Sanmei Bridge”. Among them, Engetsukyo Bridge is an important cultural property and is counted as one of the “Hundred Famous Bridges in Japan”. The wooden bridge corridor built in 1603 is a famous bridge with a long history and aesthetic beauty. Please cross each bridge and taste the difference.
“Honbo garden” is a representative work of Mirei SHIGEMORI. There are four gardens around Hojo (abbot’s quarters): east garden, west garden, south garden and north garden. In 2014, the original appearance was restored and the sand crest of the dry landscape was successfully reproduced, so it was registered as a nationally designated scenic spot.
Originally named “Hasso Garden”, it was changed to Tofukuji Honbo Garden when it was registered as a national scenic spot. Of the four gardens, the most famous are the large checkered west garden and the small checkered north garden. Tourists come from all over the world to represent Kyoto.

Charms and Highlights of Tofukuji Temple

A typical sight in Kyoto is often Zen temple in fact. Kinkakuji, Ginkakuji, Nanzenji in Kodaiji, and Tofukuji are also Zen temple. What is the appeal of such Tofukuji Temple which acts not only on the historical and cultural values ​​of the buildings and garden, but also on the hearts of visitors?
Recently, the word “Zen” has become more and more familiar. Probably, you have opportunities to touch Zen in practical books and magazines that summarize the teachings of Zen, special features of the site, etc. Beyond the stoic image “Zazen Training” (meditation), there seems to be an increasing number of people who take Zen teaching into life and regard it as one of lifestyle.
Speaking of Tojukuji which is such a Zen temple, “Tsuten-kyo Bridge” and “Honbo garden”. The scenery from the “Tsuten-kyo Bridge” where more than 2,000 autumn leaves fill up in red and the garden which landscape gardener Mirei Shigemori handled are too famous. “Honbo garden” is in the building called “Hojo” (abbot’s quarters), originally a monk’s residence.

“Honbo garden” consisting of four gardens arranged in the east, west, north and south. As you cross from the Kuri (monks’ living quarters) to the hallway, the south garden will soon jump into your eyes. You will be amazed at the dynamic arrangement of megaliths and rocky stones. It brings a powerful life force to a quiet Zen garden by an unprecedented method.
In the temple of Tofukuji, there is “Sengyokukan” which is a valley crossing the east and west, three bridges of Gaun-kyo Bridge, Tsuten-kyo Bridge, Engetsu-kyo Bridge crossing over the river are bridged. Tsuten-kyo Bridge is a bridge connecting the main hall and “Kaisan-do Hall”, originally bridged so that the priests coming and going do not descend to the valley, but now it is famous as the best spot for autumn leaves.

The oldest temple in Japan

Daihonzan (Head Temples) “Tofukuji Temple” is the oldest temple in Japan, and is called the largest Buddhist monastery.
It’s only one stop from Kyoto Station, there is “Tofukuji Temple” which is famous for its autumn leaves. Many tourists come every year from the whole countryduring the fall foliage season.

The cultural properties more than 5,000

In addition, the beautiful garden of Karesansui (dry landscape of Japanese garden) spreads out around Hojo (head priest’s living quarters) of “Tofukuji Temple”. It harmonize with atmosphere of Kyoto well, the garden attracting all the beholders is very popular. It is a very noble temple, as possessing the cultural properties more than 5,000 assets,

Many famous gardens are seen in a Hojo of the Zen sect for a long time, the Hojo of Tofukuji Temple is unique, there are gardens on four sides. It is a Karesansui style garden made in 1939 by Mirei Shigemori. The garden of the south side expresses a rough sea of Hakkai (eight seas) by a ripple mark, and Shisen-jima (four islands) by a huge stone.

The moss temple of the rainbow

The Komyoin temple is said to be “Niji no Koke dera” (the moss temple of the rainbow) and has the garden which set a stone between the white sand and moss. This is a work of Mirei Shigemori who is the expert of the gardening of the Showa, too. 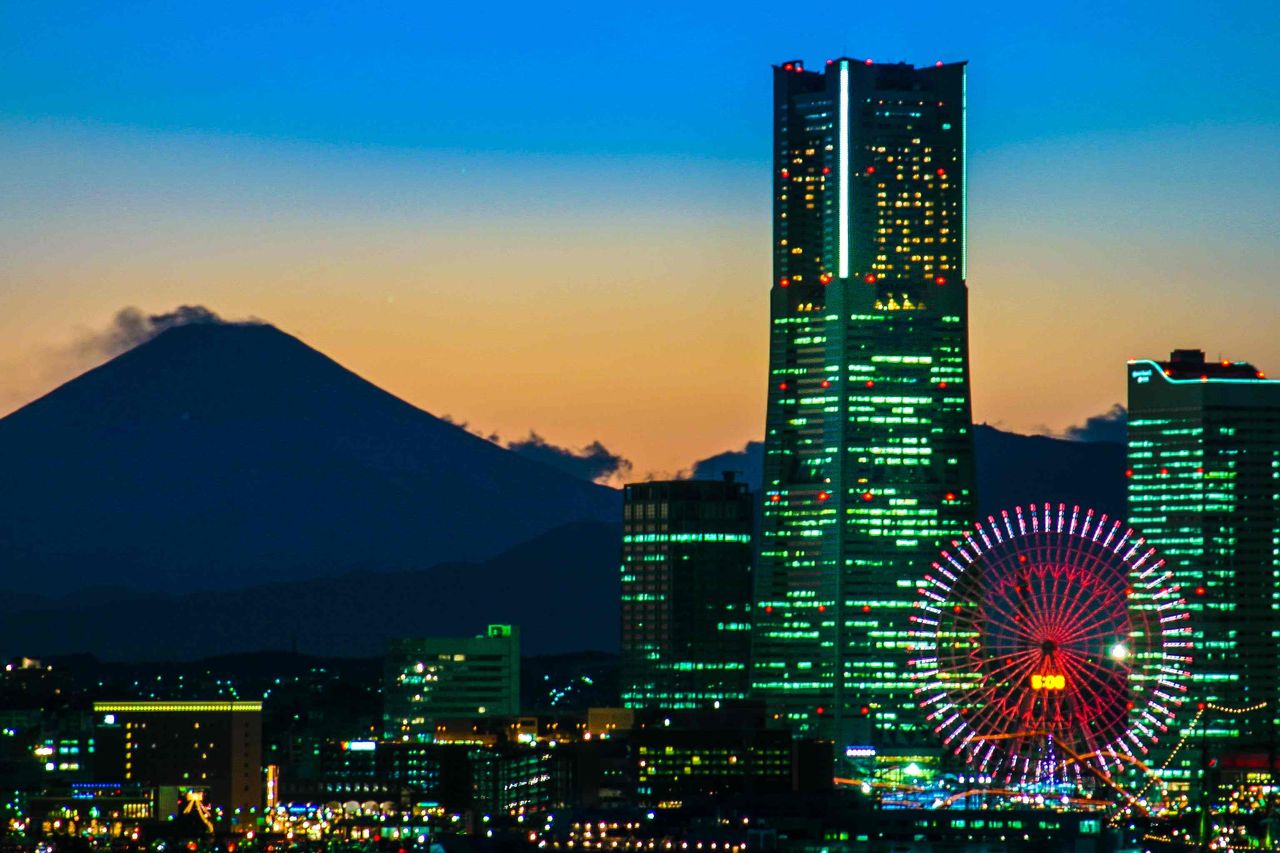 It will be surprising that it is very realistically expressed. "SCMAGLEV and … END_OF_DOCUMENT_TOKEN_TO_BE_REPLACED