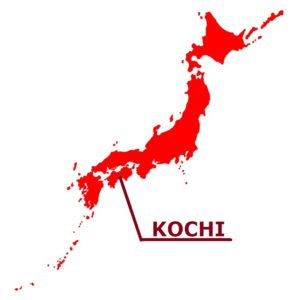 Santorini, a popular tourist destination in Greece, is an island with a beautiful contrast between the white buildings lined with cliffs and the blue sea, which is nicknamed “miraculous island”. Do you know that there is also a resort hotel that you can experience such as if you are on such Santorini, in Japan?
“Villa Santorini” is located in the area from the mouth of the Niyodo River, which is the clearest river in Japan that is so clear as Niyodo Blue, to the cape Muroto. This is a very popular resort hotel, famous as a lodging in Kochi that can not be booked. Because this place is similar to Santorini, the owners have visited many times and a resort hotel has been created that looks just like the local area. An extraordinary space expands from the place where it passed through the gate, and a photogenic space is expanded no matter where it is taken. If you stay at Villa Santorini, you will be able to get lots of wonderful photos, so everyone will be jealous.
A wonderful atmosphere that does not seem like Japan is introduced on TVs and magazines, and wonderful photos are uploaded on SNS. Not to mention weekends and event seasons, but it is a hotel that is difficult to make reservations even on ordinary days. It is recommended that you make an early reservation when planning an anniversary.
Santorini, which is featured in travel magazines, has a striking cliff top with a beautiful cityscape with a contrast of blue domes and white walls. In order to maintain this cityscape, there is a commitment to repaint once every three months. Just like Santorini, Villa Santorini is characterized by its blue dome and white buildings, so you can take photos of SNS from anywhere.
From the hotel grounds, you can overlook the cliffs of Cape Yokonami and the ria coast. When the weather is fine, the surrounding greenery will be vivid, further enhancing the color of the hotel. Please take a picture of the scenery unique to Kochi.
In front of the front there is a stylish table with umbrellas. The Pacific Ocean looks particularly good from here, so after check-in it is recommended that you take a short break and enjoy the scenery. A pleasant breeze blows through, and the resort hotel’s slow time flows.

You can taste the feeling of traveling to Santorini, Greece

Kochi Prefecture where there are many places full of nature such as the Shimanto River and the Niyodogawa River, and other historical spots such as Katsurahama Beach where is related to Ryoma Sakamoto who was active in the Meiji Restoration. Such Tosa City in Kochi Prefecture has a resort hotel “Villa Santorini” where you can taste the feeling of traveling to Santorini, Greece.

Not only the building but also the topography resembles

Both Santorini islands in Greece and Tosa City in Kochi Prefecture, when viewed from the sky, the coastline draws an arc and has a shape like a crescent moon. The view from Villa Santorini towards Muroto is similar to the view from the center of Santorini in Greece to the northwest. Because not only the building but also the topography resembles, you feel like you are in Greece while staying in Japan.

Spring is the best season to visit here

It takes about an hour by car from the city center of Kochi. Therefore, many people visit this hotel itself for the purpose of traveling. If you are going to see a superb view, it is safe to avoid the typhoon season or the rainy season. It is good that the rainfall is the lowest between December and January, but in consideration of the temperature, spring is the best season.

As if looking at the Aegean Sea in Greek Santorini

From the poolside on the first floor you can see the deep blue Pacific Ocean and the spacious sky. The wall of the building is white, and the grid of the window is refreshing blue. The contrast between blue and white is the theme color of Santorini. Both buildings and landscapes taste as if they are looking at the Aegean Sea in Greek Santorini.

The room of Villa Santorini faithfully reproduces original one

In the daytime, the mind clears up the scenery that can be seen anywhere, but it also shows a different expression at dusk. On Santorini Island there are many hotels on the cliffs, and there are rooms in the cave. The room of Villa Santorini faithfully reproduces it, the ceiling draws an arc, the number of windows is minimized.

One of the must-see points is the buildings and rooms that are built faithfully and the beautiful twilight combination. You can enjoy the unique way of enjoying the architectural style of the Villa Santorini.