The Gion Festival is held every year for one month from July 1 to 31. “Kon kon chikitin konchikichin, konchikichin”. With the sound of “Gion Bayashi” (Gion Festival Music), Kyoto in July is full of Gion Festival. Gion Festival is a festival with a very long history that has been held for more than a thousand years. From July 1st (Kippuiri) to 31st (Ekijinja Nagoshikai Festival), it is a rites and festivals of Yasaka Shrine where various festivals are held for a month.
Many people visit the “Yama-hoko Junko” (Float Procession) on the 17th (previous festival) and Yoiyama (the eve of the main festival) on the 24th (post festival), and the Kyoto city is a festival Wrapped in hot air. “Kyoto Gion Festival Yamaboko Event” is also registered as a UNESCO Intangible Cultural Heritage.
At each Yamahoko-cho, you can see Yama and Hoko in addition to Yoiyama and cruising. If no nails are used and they are assembled using traditional rope-related techniques, mountains and hoko will appear everywhere in Kyoto. After “Yamatate” and “Hokotate”, a “pulling start” for trial pulling is performed.

It is a tradition of summer in Kyoto, and is also known as one of Japan’s three major festivals, along with the “Tenjin Festival” and “Kanda Festival”. The appeal of this festival is that it combines elegance and energeticness, such as the magnificent Yamaboko, the lanterns that emerge at night, and the carrying of a portable shrine.
Please also see this.

Fantastic places in cool Japan
Tenjin Matsuri Festival, Osaka
https://diversity-finder.net/tourism/tenjin-matsuri-festival
At the Tenjin Festival in Osaka, various events such as sinto rituals are held for about a month from late June to July 25 every year. July 24th and 25th show the greatest excitement. The votive fireworks display held on the 25th of the last day attracts about 1.3 million visitors every year.Tenjin Festival is a general term for festivals held at the Tenman-gu Shrine nationwide around the 25th of every month, after the death of SUGAWARA no Michizane, the god of learning. The most famous is th...

Fantastic places in cool Japan
Kanda Matsuri Festival, Tokyo
https://diversity-finder.net/tourism/kanda-matsuri-festival-tokyo
Along with the Gion Festival in Kyoto and the Tenjin Festival in Osaka, the Kanda Festival is said to be "one of the three major festivals in Japan". It is held in the Kanda area centered on Kanda Myojin (Kanda Shrine) in Kanda, Chiyoda-ku. It is held seven days in the middle of May each year. There are two Kanda festivals: the lively "Hon Matsuri" (Main Festival), which takes place in odd-numbered years, and the "Kage Matsuri" (Small Festival), which takes place...

There are lots of highlights such as “Kuji Aratame”, which confirms the order of “Junko” (Float Procession), and the exciting “Tsujimawashi”. The meaning of “Yamahoko-junko” (a parade of beautifully decorated floats) is said to be to traverse Yamahoko to clear the evil and injuries of the town of Kyoto, and to create a path through which the main god of the Gion Festival passes. The beauty of Yama and Hoko ornaments, such as beautiful embroidery and imported textiles, is also stunning, and the appearance is gorgeous and beautiful, and it is said to be a “moving art museum”.

It is held for one month from July 1 to July 31 every year.

The main venues of the Gion Festival are Yasaka Shrine and Shijo Otabisho. It is introduction of access to each venue.

･Yasaka Shrine
Take the Kyoto City Bus 206 from Japan Railway “Kyoto” station to get to the “Gion” bus stop in about 15 minutes. The destination is just a short walk away.
By Keihan Electric Railway connecting Osaka and Kyoto, you can reach “Gion Shijo” station in about 8 minutes on foot.

･Shijo Otabisho
Take the Hankyu Electric Railway Kyoto Line connecting Osaka and Kyoto and go to Kawaramachi Station. From there it is a 1 minute walk to the destination.
It is also a short walk from Kyoto City Bus 104, Shijo Kawaramachi bus stop.

The Gion Festival which directs the hot summer of Kyoto taken by the current Yasaka Shrine is a festival that begins from the Heian era and rejects plague and disasters and wish for a peaceful day. The schedule of the festival is a long festival of a period to be held from July 1st to 31st, the main is the pre-festival on the 17th and the post-festival on the 24th. The “Yamahoko-junko” (a parade of beautifully decorated floats) and “Mikoshi togyo” (parade of mikoshi – portable shrines) full of breath are the most interesting points of the Gion Festival. 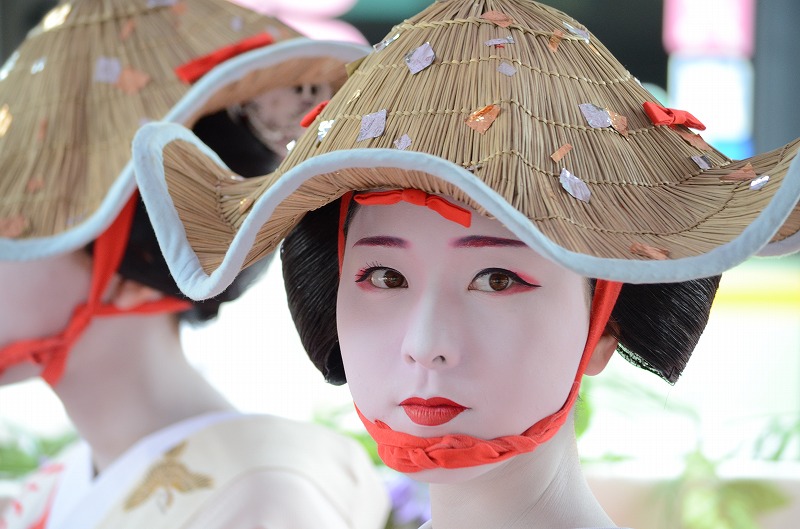 Early in the Heian era (around 869), plague epidemic spread all over the country including Kyoto, a lot of people died. In those days, it was thought that plague and disaster occurred due to the anger of the pestilence god and the evil spirit of the dead. At the time, this epidemic was said to be the anger of the pestilence god “Gozu Tenno” (a deity said to be the Indian god Gavagriva). Therefore, the people of those days carried out a gorgeous festival, aimed at calming the plague. This is said to be the origin of the Gion festival.
When “Gozu Tenno” was conveyed to Japan as a god who rejects plague and disaster, it became the god of the current Yasaka Shrine, and shrines that worship “Gozu Tenno” spread all over the country. Since it is the guardian deity of Gion-shoja (the Jetavana monastery), these shrines are called “Gion Shrine” and the festivals held there are called “Gion Goryoe” (an attempt to secure protection from the plague of Gionsha, or Yasaka-jinja Shrine). For these reasons, besides Kyoto, there are festivals in various places that being descended from “Gion” like “Hakata Gion Yamagasa” and “Kokura Gion Daiko“.

Fantastic places in cool Japan
Hakata Gion Yamakasa Summer Festival, Fukuoka
https://diversity-finder.net/tourism/hakata-gion-yamagasa-summer-festival
There are various festivals all over Japan, and the contents are varied. Among them, at energetic and violent festivals, you can enjoy the thrill of watching them.Various festivals are also held in Hakata Ward, located in the center of Fukuoka City, Fukuoka Prefecture. Among them, “Hakata Gion Yamagasa” is one of the three major festivals in Hakata, along with “Hakata Dontaku” in spring and “Hojoya” in autumn.Among such “rough festivals”, “Hakata Gion Yamagasa” is a festival that is enriched ...

Fantastic places in cool Japan
Kokura Gion Daiko (Japanese Drum Festival), Fukuoka
https://diversity-finder.net/tourism/kokura-gion-daiko-japanese-drum-festival-fukuoka
Must-see brilliant drumstick-work!"Kokura Gion Daiko" (Japanese Drum Festival) is an annual festival in summer held in July every year in Kitakyushu City Kokura Kita Ward. It is the tradition "Kokura Gion Daiko" traditionally transmitted from the Edo period to color the festival. On the festival day, the decorated drums walk through the city center from the castle town of Kokura.Kokura Gion Festival is a history and traditional festival that originated at the Yasaka Shrine... 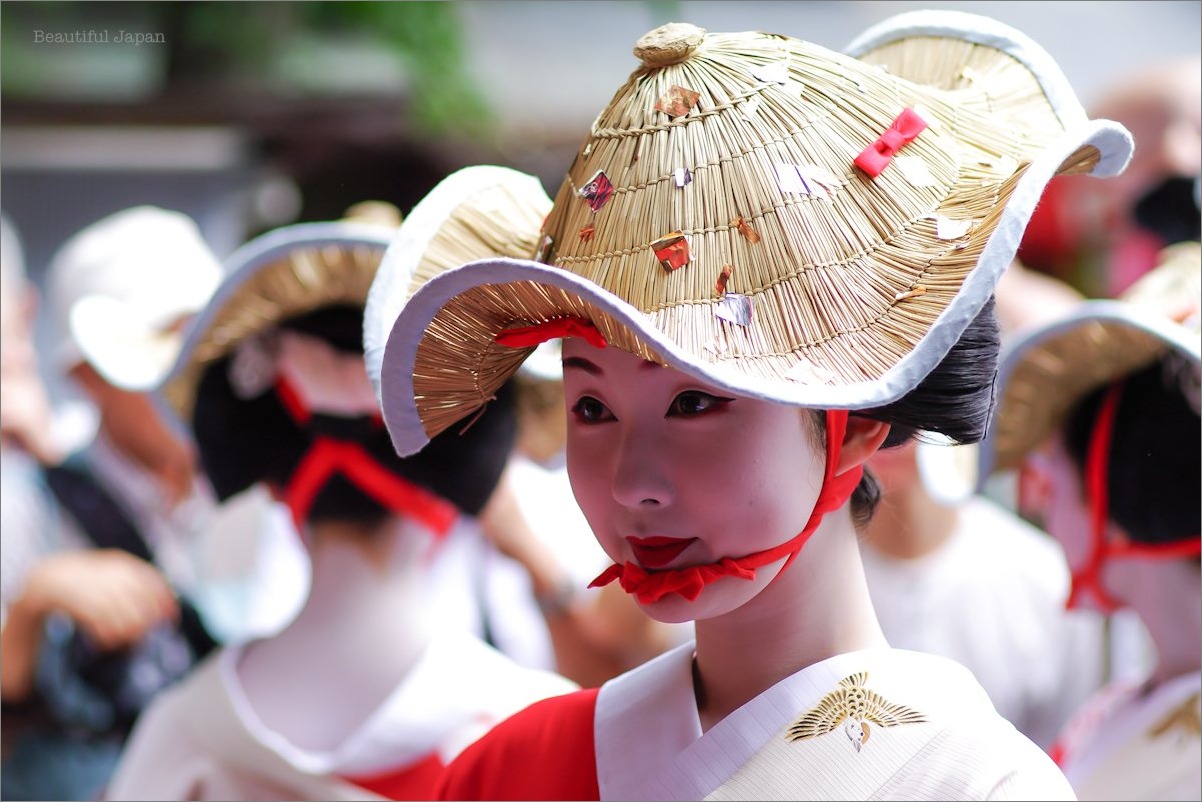 “Yamahoko-junko” around the city center of Kyoto is so luxurious and beautiful as “a moving art museum”. The meaning of “Yamahoko-junko” is said to make a way for the main god of the Gion festival to purify the evils and sorrows of the city of Kyoto by walking down the floats. Attention is often attracted to luxurious and powerful “Yamahoko-junko”, but the most important part of the Gion Festival is a mikoshi shrine. “Mikoshi togyo” means the peaceful lives of people living in the area by transferring the godly body to the shrine mikoshi, carrying the mikoshi and walking through the areas of shrine parishioners.

Kyoto Gion Festival is held in Yasaka-jinja Shrine in July. Various events are carried out for one month, after all the Yamahoko (decorated floats) Junko parade is the most popular.

More than 1,000 years from the Heian era

Originally, it is a shinto ritual of Yasaka-jinja Shrine in Kyoto, the Gion festival that was continued for long time more than 1,000 years from the Heian era. It is said that it began to confine an epidemic prevails at the capital.

The decorations of the festival cars

The Yamahoko is one of the decorations of the festival cars pulled in the rites and festivals of the Shinto shrine.
Installing the artifacts of a house or a mountain on the car, It is called “Yamahoko” which is furthermore decorated with a Naginata (long-handled sword) or a Japanese halberd.

“Hanagasa Junko” (flower umbrella cruise) on July 24 is also popular event along with “Yamahoko Junko” of the Gion festival which color the summer of Kyoto. A lot of women appear in the event, and its gorgeousness is one of the highlight of the “Hanagasa Junko”.

Feel the history more than 1,000 years

Please enjoy the spectacular of “Yamahoko Junko” and the gorgeous “Hanagasa Junko”. It is a historical and well-known festival of Kyoto, so you can feel the history more than 1,000 years.