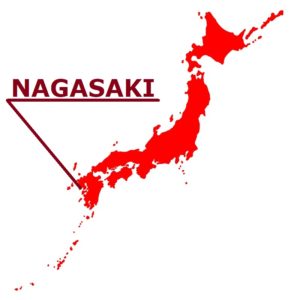 Speaking of “Lantern Festival”, Taiwan is famous, but its fantastic and beautiful festival can also be seen in Nagasaki Prefecture. The “Nagasaki Lantern Festival” held every winter is now famous as a winter feature of Nagasaki. It is a popular festival that is crowded with many tourists as well as locals.
Around the country’s New Year according to the old-style calendar, Nagasaki City is visited by about 1 million tourists every year. Its purpose is the “Nagasaki Lantern Festival”, which can be said to be a winter feature. Chinese lanterns fill the city centering on Chinatown, and the night city is surrounded by brilliant red and yellow lights.
During the opening period of the Nagasaki Lantern Festival for about two weeks, about 15,000 lanterns are displayed throughout the city. During this period, colorful lanterns illuminate the city red, and Nagasaki is surrounded by a fantastic atmosphere. If you are traveling to Nagasaki, it is recommended to visit this period once.
In Nagasaki Shinchi Chinatown, chromatic lanterns are hung over the heads of many people enjoying the lantern festival. The red light of the lantern illuminates the cheeks and the face looks red. In this street, you can enjoy “class B Gurume” (dishes that are delicious, inexpensive and provided in abundant amounts) that fills the stomach, but it is crowded at night, so if you want food, you should visit as soon as possible.
“Nagasaki Lantern Festival” is a festival that celebrates the Lunar New Year with Chinese people living in the new Chinatown in Nagasaki City. It is held as a Chinese New Year festival in the Chinese town of Yokohama and Kobe. Originally held only by the Chinese people, it became popular with tourists for its gorgeous beauty, and since 1994 it has been held on a larger scale.
The “Nagasaki Lantern Festival”, now a representative winter event in Kyushu, is visited by tourists not only from Kyushu but also from various parts of the country and abroad.
For about two weeks, the city is filled with luxurious lanterns and there are plenty of events around Saturday and Sunday. That should be because there are seven venues.
In addition to the gorgeous lantern appreciation, there are plenty of performances. It is an event held until the night, so it is recommended to stay at a nearby hotel and enjoy it.

City of Nagasaki is enveloped in a fantastic and warm light

“Nagasaki Lantern Festival” which became one of the representative festivals of Nagasaki now. A warm lantern is lit here and there, and the city of Nagasaki is enveloped in a fantastic and warm light. Until a while ago, there were many people who imagined “Nagasaki Kunchi” as a festival in Nagasaki. However, in recent years, the reputation has increased and the popularity has been gained, “Nagasaki Lantern Festival” which will be held at the time of Chinese Lunar New Year. Every year, lanterns decorated around here for about 15 days from the first day of January in Chinese Lunar New Year will illuminate the city of Nagasaki and many people visit the sights.

One of enjoyment of lots of delicious food of stalls sold within each venue and meals at Chinatown. Since the festival’s performance is night, it is recommended traveling around the city’s tourist spots in the daytime and visiting the lantern festival at night to enjoy Nagasaki throughout the day.
During the period, lanterns and large objects are decorated mainly at several venues such as “Shinchi Chinatown”, and events such as Chinese acrobatics, Chinese lion dance, dragon dance are also held and become busy. Many events such as parades and stamp rally can be enjoyed during the day, but it is also nighttime that you can experience the real pleasure of the festival. You can immerse yourself in a fantastic mood while watching the myriad of lanterns lit in exotic cityscapes.

“China in Japan” which celebrates the lunar New Year. Nagasaki prefecture, where there is the exoticism most in Japan. It is a transmission area of the culture of the Mainland China from ancient times, furthermore, it was developed by overseas trading with Portugal or Netherlands from the 16th century.

The influence of it is seen as Nagasaki’s original dishes that was arranged from each countries, a western-style building, a christian churches, and foreigner’s residence traces.

Above all, the Chinatown called “Shinchi” is a popular sightseeing spot of its exotic taste, and is a main site of “the Lantern Festival”. The festival is performed from January 1 to 15 of the lunar year. (It change every year, from the beginning of February to the middle of it in the modern calendar.)

To prevent missing of the arrival of a spirit of the New Year, the light of approximately 15,000 is lit up in many places of the city, the scenery seemed to be totally already spring.

Main site of the festival is Shinchi Chinatown, and other sites are Chuo Koen, Tojin Yashiki, Kofukuji, Kaji-ichi, Haman-machi Arcade, Koushi-byou (Confucian Shrine). A stage event and the display of the large art object are carried out in each site.