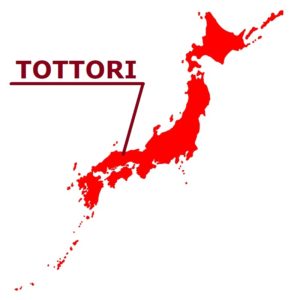 It stands in the gap between the rocks with a wonderful balance, and when you look at the figure, everyone is overwhelmed by “Who and how did you build it in such a place?” It is also known as “historical mystery” and “miracle landscape”.
Mount Mitoku has long prospered as a sacred place for mountain worship. A long time ago, it was reported that when En no Gyoja visited here, he built a temple at the foot of the mountain and threw the temple with overwhelming power into the cave of a sheer cliff. Therefore, it is said to be named “Nageire-do” (Thrown-in Temple).
Mount Mitoku has many other temples besides this “Nageire-do”. In each case, on a sharp cliff or in a rock cave. It is built while retaining the shape of the mountain. For this reason, the path to the temple is very difficult, and there are some paths that climb up the wall with a single chain. Many monks are said to have visited these.

Even on such a steep road, many tourists are still challenging to climb Mount Mitoku to reach the entrance on the precipice.
If you just want to see “Nageire-do”, you can also see it with a telescope from the “Nageire-do Yohai” course at the foot. However, it is best to climb up a steep road and see it up close. If you are confident in your physical strength, please try to worship once. However, there are many points to note because the approach is steep and dangerous. Please prepare after climbing equipment.

Introducing access to “Sanbutsu-ji Nageire-do”. First, go to Yonago Airport from various places. From there, take the Japan Railway Sakai Line and change to the Yonago Station to the Japan Railway Sanin Honsen Line to the limited express bound for Tottori. Take a bus from Kurayoshi Station and get to the destination Mitoku Bus Stop in about 40 minutes.

The national treasure in the most dangerous place in Japan

Mt.Mitoku-san in Misasa-cho Town, Tottori Prefecture. The origin of the name of this mountain comes from Buddhist terminology derived from three of “Hosshin”, “Hannya”, and “Gedatsu”. Sanbutsuji Temple’s national treasure “Nageire-do” is in the middle of the mountain. The way to here is known for being tough and can not be reached easily. That is why it is said to be a powerful sacred place, although there is merit.
There are some restrictions on going to the national treasure “Nageire-do” in Sanbutsuji Temple of Mt.Mitoku-san. First of all, you can not go mountain alone. It is necessary to go by some people. If you go alone, you need to join with other people before climbing.

There are regulations for shoes when climbing. You can not climb on the shoes with the worn back side. Climbing shoes and shoes with grooves firmly on the back side are required. Climbing is not allowed if it is judged as inappropriate shoes. If you still want to climb, you need to wear “Waraji” (straw sandals) that is prepared at the reception desk. So it is safe to have prepared firm shoes in advance. From the perspective of climbing road protection, shoes with metal fittings are also not allowed.
The climbing path is steep, but if you are an experienced mountaineer you will not have much problems. It is said that it is the national treasure in the most dangerous place in Japan, because there are several mountain trails like this.
Why is this on the steep mountain path because this is the place of “Shugendo” (*). “Nageire-do” is the Okunonin of Sanbutsuji Temple, according to legend, it is said that En no Gyoja, the founder of Shugendo in 706, made this place a place to practice.

There is the Japan’s most dangerous national treasure in Tottori. Mitoku-san Sanbutsu-ji is the mountains temple which has the precincts on Mt.Mitoku of 900 meters above sea level. Nageire-do, which is the Oku-no-in (inner sanctuary), was built in the hollow of the perpendicularly sheer cliff. It is an unprecedented building in Japan, and designated as the national treasure. The curvature of a roof, composition of the pillar supporting temple, etc, it is the building outstanding also from the view of construction beauty.

Although detailed construction time has not been clearly, but the tradition, that En no Gyoja who was the founder of Shugendo(*) threw the building in the whole from the flat ground by mystical power, is handed down from generation to generation.
* : Japanese mountain asceticism-shamanism incorporating Shinto and Buddhist concepts

Be carefull in the case of climbing

There is the slippery place like a narrow and the ways to climb along a chain in Mt.Mitoku. In the case of climbing of its, it is recommended that you bring the property and the clothes which hands can be moved freely.

You can also see it from the driveway of foot

In order to see Nageire-do from a short distance, it is necessary to follow a severe mountain path, but you can also see it from “Nageire-do Yohaijo(*)” in the driveway of foot.
* : The place where worshippers offer prayers to a shrine from a remote location

Surely worth being unmissable

You will be truly surprised if you see the real thing. You will think how he would build it in such a place. It is agreeable that there is the legend “It was threw in the whole from the flat ground by mystical power”. The journey is steep, but is surely worth being unmissable. By the way, you do not enter the Nageire-do. You can only look from the outside.