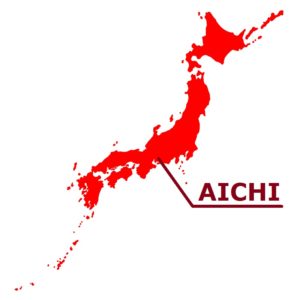 Shinmeisha Shrine is said to have been founded at the beginning of the 9th century, and it is famous for its special festival “Toba no Himatsuri” (Fire Festival), which is held on the second Sunday of February every year.
The origin of the festival is unknown because the records were destroyed, but it has been reported about 1200 years ago and has been designated as a national important intangible folk cultural property. It is officially called “Toba Large Bonfire”.
“Shinboku” (Sacred Wood) encased in, wrapped around it with 60 green bamboo, “Juni Nawa” (Twelve Ropes), which represents one year at the base, is called “Suzumi”, about 5 meters high two big bonfires will be set up in the precincts.
The district is divided east-west from the river in the west of Shinmeisha Shrine, and one man called “Sinotoko” 25 years old is selected from each area. Shinotoko dives into the burning “Suzumi”, competes for sacred woods and twelve ropes, and offers them to God. Depending on the result, it is a divine event that tells us about the weather, the conditions of the year and the condition of the crops.
Shinotoko goes to the shrine for three days before the fire festival and cleanses himself with performing ablutions. On the day of the fire festival, from 3 pm onwards, Shinotoko and his servants will be asked to leave for “Misogi” in the sea, and will go naked and cleanse themselves in the sea.
After a ritual at 7:30 pm in the hall of worship, the two Shinotokos simultaneously fire on a bar ignited by a flint at the top of Suzumi. “Suzumi” burns quickly and dyes the sky red. Then, the servants dressed in an old banner and jacket are covered with water from their heads and dive into “Suzumi”. Then, they compete for sacred woods and twelve ropes and offer them to God.
It is told that chopstics are made of inflamed bamboo, and eating with it is said that it will not cause dental disease, and some tourists bring their incense back.

Toba no Himatsuri (Fire Festival) is the Shinto ritual of Toba Shinmei Shrine which has been transmitted since about 1,200 years ago. On the second Sunday in February every year, Toba Shinmei Shrine in Nishio City will hold a fire festival where the fire pillar stands up in the refreshing winter night sky. In the festival, two “Suzumi” huge torches with a height of 5 meters and a weight of 2 tons are installed in the precincts. After the two “Shin-otoko” and their ministers cleansed themselves in the sea, in the evening two fire torches are burned as symbols of the festival. It has been said that since ancient times the burning condition of “Suzumi” had occupied a year’s weather and abundance. The scene where the Shin-otoko jump into the intensely burning “Suzumi” and takes out the sacred tree to serve the divine competition is the most important highlight. A serious game where Shin-otoko and others do not fear the flames and challenge with a whole body is a gripping spectacle.

On second Sunday of every year February, the fire festival that a pillar of fire shot up is held on a cold, frosty winter’s night sky in Shinmei Toba Shrine of Nishio-city.

The “Kamio” enter cold winter sea to fast and to wash one’s body to purify oneself.

The two huge torches called “Suzumi” that is 5 meters in height, 2 tons in weight are installed, and fire up it at the precincts, the “Kamio” divided into two sets of east and west jump in flame, and compete to take “Shinboku” (a sacred tree) and “Juni-Nawa” (12 ropes) out from the fire, and offer it before Shinto God. How rich or how poor the harvest of the coming year is forecasted by victory or defeat of it.

It is said that if you use chopsticks made of the half-burned bamboo stick, you do not suffer from the disease of the tooth, so there are some visitors taking it home.

Come to the “Toba no Himatsuri” to burn a winter night sky by all means!