You are here: Home / Archives for Kyoto 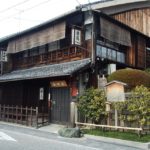 The building also has a unique taste and is a popular tourist attraction "Teradaya" in Fushimi Ward, Kyoto City, is an inn for ship passengers that continues from the Edo period. This place is also known as the place where Ryoma SAKAMOTO (a Japanese prominent figure in the movement to overthrow the Tokugawa shogunate) became the stage of the "Sakamoto Ryoma attack" incidents … END_OF_DOCUMENT_TOKEN_TO_BE_REPLACED 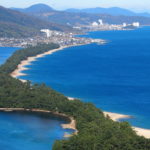 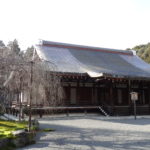 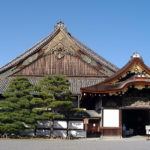 Charms and Highlights of Nijo-jo Castle Nijo-jo Castle is Hira-jiro (a castle built on flat land) located at Rakuchu (inside the capital Kyoto), which is close to the Kyoto Imperial Palace, built by Tokugawa Ieyasu in the early Edo period. It is also famous as a stage for Ieyasu and Toyotomi Hideto 's interview and Taisei - Hokan (the restoration of government to the crown). … END_OF_DOCUMENT_TOKEN_TO_BE_REPLACED 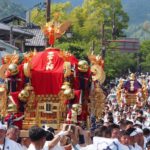 The stunning "Saga Festival picture scroll" painted in the Edo period is exhibited at Seiryoji Temple Saga Matsuri Festival is a long history festival. The three festivals of Kyoto's representative “Aoi Festival”, “Gion Festival”, and “Jidai Matsuri Festival” are called "The Three Major Festivals of Kyoto". However, there are opinions that this Saga Matsuri festival is more … END_OF_DOCUMENT_TOKEN_TO_BE_REPLACED 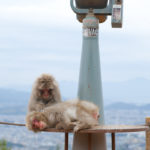 You can get in touch with lovely Japanese macaques at hand There is a popular spot for foreign tourists in Arashiyama which is one of the best tourist destinations in Kyoto. It is "Arashiyama Monkey Park Iwatayama". Here, we can see the wild Japanese macaques in close proximity, and also because we can give food, it is crowded every day. And it is also a topic to say that the … END_OF_DOCUMENT_TOKEN_TO_BE_REPLACED 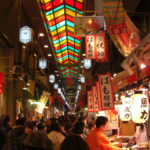 Here, you can experience Kyoto's unique food culture Do you know that not only shrines and temples but Kyoto has a famous and historical market called "Nishiki market"? Nishikikoji Street located on the north side of Shijyo Street has Nishiki Ichiba shopping district called "the kitchen in Kyoto". Here you can touch the seasonal ingredients in Kyoto and the unique food culture … END_OF_DOCUMENT_TOKEN_TO_BE_REPLACED 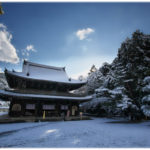 Kannon statue, said to be the most beautiful face in Japan Sennyu-ji Temple, located in Higashiyama-ku, Kyoto, was built in 856 as the head temple of Shingen-shu Sennyu-ji school. Since the Edo period, successive emperors from Emperor Gomizunoo to Emperor Komei in the late Bakumatsu are buried in the tomb of the temple grounds. And, until the Japanese Constitution came into … END_OF_DOCUMENT_TOKEN_TO_BE_REPLACED 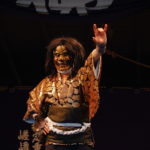 Folk performing arts designated as important intangible folk cultural properties Seiryoji Temple is a historic old temple with treasure of many important cultural properties, including the Buddha statue of National Treasure. It is located about 1 kilometer north from Arashiyama Togetsu Bridge in Kyoto's leading sightseeing area. It can be used as a starting point for exploring … END_OF_DOCUMENT_TOKEN_TO_BE_REPLACED 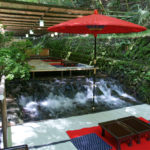 Exactly natural air conditioning Kibune which is also called "Inner Parlor of Kyoto" is located in the mountains surrounded by nature in the northern part of Kyoto City, where you can feel the seasonal emotions whenever you visit. If you are going for a walk or a hike, it is recommended spring in which beautiful fresh green is seen and autumn where you can enjoy lighted-up … END_OF_DOCUMENT_TOKEN_TO_BE_REPLACED