One of the three biggest fighting festivals in Japan 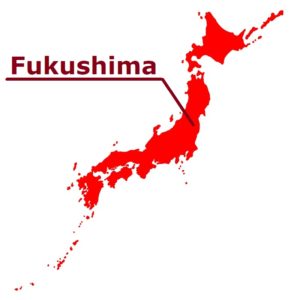 “Iizaka Kenka Matsuri” is a “fight festival” that bumps “katsugi-yatai” (a large float used to carry drums at a festival) violently in the shrine’s precinct. The “fight festival” which bumps mikoshi (portable shrine) and dashi (festival float) vigorously is done in various parts of Japan. Among them, “Iizaka Kenka Matsuri” is said to be “one of the three biggest fighting festivals in Japan” with Kishiwada’s “Danjiri” and Kakunodate’s “Oyama-bayashi”.
There are many other fighting festivals throughout the country, such as “Niihama Taiko Matsuri,” “Tontenton Matsuri,” “Nada Fights Festival,” but the one that has a reputation as an energetic and spectacular festival is “Iizaka Kenka Matsuri. ”

Among them, “miyairi” (ending of a festival by bringing portable shrines or floats back to the shrine) to be held on the second day of the festival is the festival’s biggest attraction. There, the scene, which is why it is called the “fight festival,” is unfolded. In miyairi, mikoshi comes back to the shrine with katsugi-yatai carrying the drum that plays the festival music. When mikoshi returned to the shrine, the festival was over, so excited young people hit the festival float and made not to let the shrine back to the shrine. It seems to be why it began to hit festival floats with each other. However, now it is a festival where the katsugi-yatai are bumped into each other in the shrine’s precincts.
The weight of “katsugi-yatai” is about 1 ton, and the length of the carrying rod is 7 meters. There are one large drum and two small drums with kotougi-yatai along with the performers. Approximately ninety men carry this, hit hard against the opponent katsugi-yatai, jerking or pushing under the opponent’s katsugi-yatai and pushing up. Still, in katsugi – yatai, drums are continued to beat, but if the drum can not beat, or the stick breaks or the lantern’s light goes out, it is “the game is over.”
These collisions will be held in two places within Hachimanjinja Shrine’s precincts and will be contested in 6 districts. In addition to pushing with force, that technique is also a point of highlight.

“Iizaka Kenka Matsuri” (Fight Festival) is the festival that is famous as one of Japan’s three greatest “Kenka Matsuri” (Fight Festival) along with “Danjiri Festival” of Osaka Kishiwada, “Oyama Bayashi Festival” of Akita Kakunodate.
Iizaka Hot Spring is one of the three Oshu (Northern Honshu, the region encompassing Mutsu and Dewa provinces) hot springs. Iizaka Kenka Matsuri is an alias of the annual festival of Iizaka Hachimanjinja Shrine nearby.
This annual festival is a festival to be held for three days, mainly on the first Saturday of October.

It is a festival that appreciating God for Gokokuhojo (bumper crop) and praying for a parishioner veneration person’s prosperity.
Although the festival’s history is not known clearly, it is a traditional festival that considers Gion in Kyoto as its origin and continues about 300 years.

Intensely clashes into the yatai

There is “Mikoshi togyo” (Shinto ritual where a mikoshi (portable shrine) parades to pray for the happiness of people lining the path of the parade) in this festival.
This Mikoshi makes a tour of inspection in the town and follows it with six taiko-yatai (drum festival car) when night and leaves Otabisho (a place to install a portable shrine).
The taiko-yatai entering into the shrine’s precincts with the Mikoshi in front intensely clashes into the yatai blocking it from entering the shrine.
This is a reason called “Kenka Matsuri” (Fight Festival).

In the fantastic space where a candle shakes, the state of beating drums loudly and vibrating the air, it’s simply overwhelming.

The performance of the mikoshi of each town can be enjoyed

The collision of miyairi (to enter shrine) performed on the 2nd day is the most famous for Iizaka Kenka Matsuri.
It is the highlight in which turn miyairi is performed and which town’s yatai wins.
Besides, you can enjoy the performance of the mikoshi of each town in front of the Iizaka Onsen station.