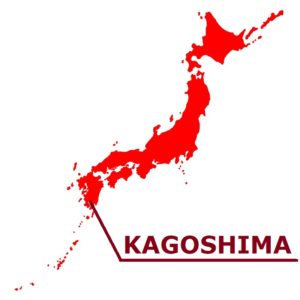 “Yakushima Island” in Kagoshima Prefecture, which was registered as Japan’s first World Natural Heritage in 1993. Most of the island is forested with a variety of animals and plants. It is a popular remote island where many tourists visit in search of abundant and beautiful nature, such as a valley with clean water and a highly transparent sea.
Speaking of sightseeing in Yakushima Island, “Jomon cedar” is famous, but if you are not confident about traveling with a small child or trekking for a long time, there are other sightseeing spots where you can enjoy the nature of Yakushima Island.
“Jomon cedar” is a representative of Yakushima Island. The old tree rooted deep in the forest is said to be over 7,200 years old. There are many people who want to stop by if they go to Yakushima Island, but because the road is long and steep, it is a difficult spot to visit easily. For such people, mountaineering tours are recommended.
In mountaineering tours, there are many attractions on the way such as “Wilson Stock”, where you can see the heart-shaped sky when you look up, and “Daio Cedar”, which was considered the largest Yaku cedar until Jomon cedar was discovered. When you get to Jomon cedar, let’s fully enjoy its overwhelming presence. Wild animals such as Yakushika deer sometimes show up.
Yakushima Island, where forests and rivers tend to attract attention, but there are also attractions in the surrounding sea. The black current is highly transparent and there are many sea creatures. Just dive a little with snorkeling, and a wonderful world opens up in front of you.

If you feel hungry, visit Yakushima Fruit Garden. When you enter the park, there is a guide service for 10 to 20 minutes, and you can enjoy free seasonal tasting tropical fruits and jams such as bananas, mangoes and pineapples at the rest area.
There are many creatures such as butterflies and hermit crabs in the park like a jungle, and you may encounter wild Yaku monkeys, so it is recommended for a short walk with a small child.
In addition, you can observe a lot of rare plants such as “climbing plant”, which is said to be a model of “Jack and the Beanstalk”, and it is a secret sightseeing spot with a local Yakushima atmosphere.
And after an active day, relax in the hot springs.
“Yudomari Hot Spring” is an open hot spring with the ocean spreading in front of you. This is an open-air bath with a superb view, where you can take a bath 24 hours a day, and enjoy bathing while watching the sun or sunset or enjoying the night sky. The bath tubs for men and women are simply separated, so it is important to take a bath with some openness. As a rule, bathing with swimsuit and underwear is not possible, but bathing clothes can be worn only for female baths. There is also a dressing room.

Charms and Highlights of Yakushima Island

More than 90% of the islands are covered with forests

The mysterious island “Yakushima Island” where more than 90% of the islands are covered with forests is also called “water island” brought by rich rain and “forest island” which continues from the Jomon period, attracting visitors. In the beautiful island that is also registered in the World Natural Heritage site, you can see the symbol “Jomon-Sugi” of Yakushima Island, which is also said to be the estimated tree age of 7200 years, “Shiratani-Unsuikyo” valley spreading the mossy deep green world, the nature that you want to see is full.

Yakushima island where it was registered as the world natural heritage site in 1993, is the island of the natural inheritance that is famous for the Yaku-Sugi (Cedar Tree) including the Jomon-Sugi said to be aged 7,200 years.

It is an round island approximately 60km in south-southwest from the south end of Kyushu, and its circumference is approximately 130km.

There are more than 40 mountains exceeding 1,000m height including Miyanoura-dake (1,935m) in the island and is called “the marine Alps”.

This topography makes the climate from the weather of subarctic zone to subtropical zone, and it is to be seen in one island from a climate of Kyushu to a climate of Hokkaido.

And there are more than 70% of plant species of Japan in this mysterious forest which occupies 90% of the island, so it’s called “Oriental Galapagos”.

The biggest cedar tree in Japan

Speaking of Yakushima island, after all Yaku-sugi (Yaku cedar). “The Jomon-sugi” the biggest cedar tree in Japan is discovered in 1966.

The felling of cedar tree is prohibited now, and you can see Yaku cedar over 2,000 years old including “The Jomon-sugi” which is said more than estimated 7,200 years old.