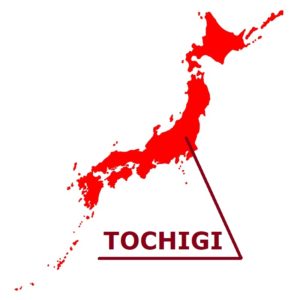 “Ashikaga Flower Park” is a botanical garden that is open in Ashikaga City, Tochigi Prefecture. It is a popular spot where you can enjoy beautiful flowers every season. A wide variety of flowers are planted as flower theme parks, and you can enjoy azaleas, roses, cosmos etc for each season.
Among them, the greatest highlight is wisteria flower. Especially the giant wisteria trellis flowering over 1000 m² produces a world of delicate beauty at the time of flowering and is acclaimed from domestic and abroad a beauty that is hard to think of as something of this world.
The great Japanese wisteria is about 150 years old, and the wisteria trellis made with branches is one of the largest areas in Japan. The cluster of flowers reaches 600, and wraps around in a fantastic atmosphere at the time of flowering.
Their spectacular scenery has received praise from the world as well and was elected as one of “the world’s dream destination” by CNN in the United States in 2014. In CNN’s comment it is described as “beauty as if the movie Avatar world was realized.”
Wistaria is not the only attraction of “Ashikaga Flower Park”. Eight themes are set in the year, and various attractions are made for each season. In winter with few flowers, the whole garden is colored with illumination of light. Illumination spreading throughout the site was approved as “A Night View Inheritance of Japan” by its size and beauty. Winter illumination boasting scales and high quality that are said to compete in 1st and 2nd place in the country is also gaining popularity as a romantic date spot.
People who actually saw Ashikaga Flower Park’s wisteria are acclaimed that they were more beautiful than imagined. In order to enjoy the beauty, let’s check the best time at the Official Page in advance. Because it is crowded during the best season, attention is also required for traffic information etc. in the surroundings.
“Ashikaga Flower Park” showing various faces every season can be said to be a spot you want to visit again and again.

At that time in Japan there was no precedent for transplanting wisteria, it was the first successful example in Japan. After that, the splendid wisteria flower became a reputation, and it became a crowded spot by tourists from all over the place.
Ashikaga Flower Park’s wisteria flowers are also used for CM, and four large wisteria trees of about 2000 square meters in size, about 150 years old, are designated as Tochigi prefecture designated natural treasure.

A total of over 350 wisteria trees are masterpieces. Also, Ashikaga Flower Park was the only election from Japan in CNN ‘s “Dream destinations for 2014”.

Wisteria flower has been appreciated for a long time in Japan

Wisteria flower has also appeared in the oldest historical book “Kojiki” in Japan, and is a flower with history that has been appreciated for a long time. Japanese wisteria are two kinds, “Noda Fuji” (Wisteria floribunda) and “Yama Fuji” (Wisteria brachybotrys), the length of the flower and the winding form of the vine are different. Generally speaking in Japan wisteria flower is called “Noda Fuji” varieties.

Rare types can also be seen

The best time to see the wisteria flowers is mid April to mid May. It blooms for every color in order of Usubeni Fuji, Murasaki Fuji, Shira Fuji, and Kibana Fuji. Since rare types can also be seen in the country besides the large wisteria, it does not get bored.