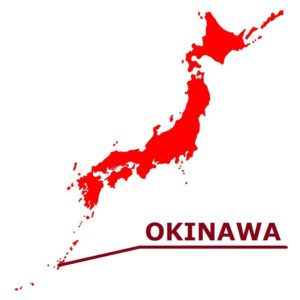 “Blue Grotto of Okinawa” is a cave created by nature about 30 meters in length at Cape Maeda in Onna Village, Okinawa Prefecture. It is called “Blue Grotto” because the sunlight enters from the entrance of the cave and the light reflected on the sea floor makes the surface of the water glow like a blue light. It has been featured on television and magazines, and it is now one of the main tourist spots representing Okinawa Island.
There are two ways to enjoy Blue Grotto of Okinawa: snorkeling or diving. You can not go inside a cave by boat or kayak like the Italian blue cave. There are also tours to go by boat etc. However, you will stop the boat near the entrance of the cave and from there you will be swimming with the staff to enjoy the Blue Grotto.
There is no big difference in the appearance of blue, the transparency of the sea, and the number of fish gathering in any time zone, but the degree of congestion is different. The cave is the most crowded from 10 o’clock to 12 o’clock.
The “Blue Grotto of Okinawa” will take approximately one hour by car from Naha Airport and Naha City with Kokusai Street. There are many resort hotels in Onna village. There are a lot of people who stay at them and go by rental car.
When you arrive at Cape Maeda, how to get in Blue Grotto, the simplest way is to swim. Cape Maeda has stairs that go down to the sea, so you can go swimming from there. But basically, let’s take a tour accompanied by a professional instead of swimming alone. It is dangerous for an unaccustomed person to go alone.
Another way is to take a diving tour or a snorkeling tour and go by boat to near the Blue Grotto entrance. There is less exhaustion of physical strength than swimming and going to the entrance.
Diving and snorkeling experiences are available all year round. Of course, the temperature drops in the middle of the winter and it gets cold, so the best season for the Blue Grotto is around May to October.
The tour to visit Blue Grotto is rich in variation, so let’s find a tour of your choice, not just price. The mysterious blue world where fish swims is full of all the charm you want to go back to!

The most popular and famous

The Blue Grotto in Okinawa is the cave in Maeda-misaki cape in Onna-mura, Okinawa. It is fascinated with the mystical blue world and the tourists aiming at diving or snorkeling gather from in and outside the country. There are some places called “Blue Grotto” north from Hokkaido south to the Ishigaki island in Japan, but the Blue Grotto here Maeda-misaki is the most popular and famous.

The morning is recommended to enjoy the Blue Grotto

The Blue Grotto is one of the caves made by corrosion of sea water. Since the sea surface inside a cave shines with reflection of sunrays blue mystically, it is called the “Blue Grotto”, and a mystical atmosphere which natural coincidences overlapped can be experienced. Since sunlight reflects especially the time zone when the morning sun enters finely, during the morning is recommended to enjoy the Blue Grotto which shines blue much more.

Compete for the first place as a marine spot in Okinawa

The “Blue Grotto” which can enjoy snorkeling and experience diving is so popular that compete for the first place as a marine spot in Okinawa, and is a place it is a place indispensable when telling the sightseeing of Okinawa.

The mecca of an Okinawa marine activity

These outskirts are known as the beauty spot that can view the East China Sea. In recent years, the stairs which continue from a cape to the sea are also improved, and anyone can bathe in the sea easily. Moreover, since facilities, such as a shower and a toilet, were also Installed, it is popular also as a snorkeling spot which can enjoy freely not only a diver but a small child companion’s family travel.