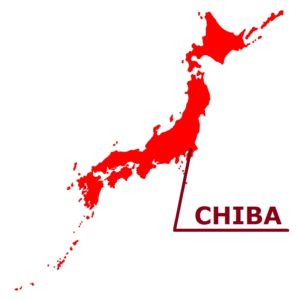 “Funabashi Andersen Park” is a theme park named after Hans Christian Andersen, a fairy tale writer in Denmark in Scandinavia. In the year 2015, it won third place after “Tokyo Disneyland” and “Tokyo Disney Sea” at “Japan’s popular theme park” chosen by a worldwide travel site. Although many of the visitors are family members, they are prevalent among young couples and adult female groups.
The vast site of approximately 30 hectares is divided into five zones. It is where you have entered from the North gate where there is a bus stop; the first one to appear is the “Wanpaku Kingdom Zone.” In addition to children’s play equipment, there are an “Animal Exhibition Plaza” and “Mini Putter Golf Course,” and it is an active play zone. The “Nature Experience Zone” adjacent to this zone is recommended for those who want to enjoy nature quietly. Workshops are held at the “Children’s Museum Zone” on the south side.
Go a step further and cross the “Bridge of the Sun” you will see the “Hill of Fairy Tale Zone.” From the bridge, you can see the boathouse on the banks of the pond. If you look closely at this boathouse, you can see that the lawn is pasted on the roof. This seems to be a common architectural style in Scandinavia.
In “Hill of Fairy Tale Zone,” there is a windmill, which is the symbol of this park, and a lot of flowers are planted around it. It is one of the attractions of this park that tulips are blooming even in winter. What is being reproduced in this zone is a “farmhouse,” which expresses Andersen’s world and the lifestyle of Odense City in Denmark, his hometown. Especially rustic Danish farmhouse is a peaceful atmosphere, it is also recommended as a shooting spot.
There are many other shooting spots. Pretty flowers are blooming everywhere in the park. On the other hand, the pond’s surroundings are like the atmosphere in the Northern European forest. Waterfowls floating on the water surface of the pond also create an atmosphere.
“Flower Castle Zone” at the far end is also a beautiful shooting spot. In the “Miniature Garden,” where small houses stand side by side, it makes you feel strange, like being a giant.
And there are many goods imported directly from Denmark to the goods shop in the “community center.” Northern Europe fairy “Nisse” doll is adorable, especially recommended.

A place of rich green relaxation

The general park “Funabashi Andersen Park” in Funabashi City, Chiba Prefecture, is the theme park that imaged Denmark. The interior of the vast park consists of five distinctive zones. It is the theme park where many people visit as a place of rich green relaxation. Since Odense city of Denmark, a sister city with Funabashi city, is the hometown of the fairy tale writer “Hans Christian Andersen,” it was named “Andersen Park.”

Play equipment to be able to play all day

Experience the world of “Thumbelina”

In the “Fairy Tale Hill” zone, there is the statue of Andersen. Also, there is the theater and picture book in the Children’s Library so that you can enjoy the world of Andersen’s fairy tale thoroughly. At the Andersen studio in the “Children’s Museum” zone, children can transform into costumes and experience the world of “Thumbelina.” Also, there are many objects and design plates with fairy tales as a motif in the park, and finding them is one of the enjoyment.

You can enjoy the flowers of every season

Windmills, farmers, community centers, etc. There are plenty of buildings imitating the Danish building in the garden. And they have a genuine style. Various events are held throughout the year, and you can enjoy the flowers of every season. Tulips blooming around January in winter are also popular.

In the goods shop, you can buy goods imported from Denmark.
Also, there are plenty of eateries in the park, from barbecue to curry, ramen, milk ice cream, etc. It is recommended ordering Danish lunch at “Restaurant fairy ten” and taste Danish feeling.