Japanese Maca is free to enter and leave

“Jigokudani Yaen-Koen” (Wild Snow Monkey Park) in the Yokoyu-gawa River valley originated from Shiga-Kogen Plateau is located at the back of “Jigokudani-Onsen Hot Spring Town”, that is 850 meters in altitude, with over 1 meter of snow in winter, lowest temperature of -10 degrees. Although it is partitioned as a facility, there is no fence, and the Japanese Maca is free to enter and leave. Monkeys live in forests in the range of several kilometers in radius and come to Yaen-Koen Park for food.
It is a valuable place where you can observe the appearance of living with herds nearby in a more natural way because the Japanese wild maca actually lives in a deep mountain.
In winter, the appearance of Japanese monkeys entering hot springs is called “snow monkey,” It is also known that there are many Australian tourists who visit ski tourism.
It is said that the adult monkey imitated the curious childish monkey entering the open-air bath of the inn called “Korakuen” in the vicinity is beginning. After that, an “open-air bath exclusively for monkey” of 4 meters in length and 10 meters in width was made.
It seems to enter a hot spring to keep off the cold weather where snow is piled up. It looks like a monkey feels good on a hot spring and a gesture to make hair grows similar to a human. There are many observation points that there are monkeys who do not like to enter hot springs and monkeys who drink hot water.
“Wild Snow Monkey Park” thinks that feeding is “a means to keep monkeys observable and not a feeding show.” The feeding time is not fixed according to monkey condition, season, etc., so they do not announce it. And to ensure safety so as not to be attacked by monkeys and keep the original ecology from being compromised, no foods are sold, and tourists are banned from feeding.
Some prohibitions such as “Do not touch monkeys,” but it is essential to observe rules. As tourists do not give food and do no harm, monkeys are indifferent to tourists to watch closely.
Wild Snow Monkey Park is about a 10-minute drive from Nagano Electric Railway Nagano Line Yudanaka Station. It is about 30 minutes on foot from the private parking lot on the boardwalk and 15 minutes on foot from the Jigokudani parking lot (charged).
It seems that there are unusual places in the world where it is possible to observe the wild Japanese maca soon. Also, during the cold season where you can see the monkey entering the hot springs, you will forget to spend time. Why do not you visit the world’s only “monkey that enters a hot spring.”

The “Jigokudani Yaen-Koen” (Wild Snow Monkey Park), famous because Japanese monkeys entering the hot spring is seen, is in Yamanouchi-machi, Nagano. It is also a popular spot among foreign tourists in recent years and is loved as the “snow monkey.” Approximately 160 monkeys gather now in one group. Many monkeys may take a bath every day, especially in winter, it gets down from a mountain. Since there is a way into which a car cannot be gone, you need to walk about 30 minutes up to a park, but because the monkey entering really comfortably are seen, there is the value only for it.

Living in the north most in the world

The monkey of Jigokudani graced the cover of the American magazine “Life,” and it became famous globally, taking advantage of word-of-mouth communication, etc., and many foreign tourists are visiting.

The ecology of an original monkey

It is forbidden to feed the monkey without permission. Feeding shows etc., are not performed so that the ecology of an original monkey can be observed. You can watch the Japanese monkeys spend leisurely. 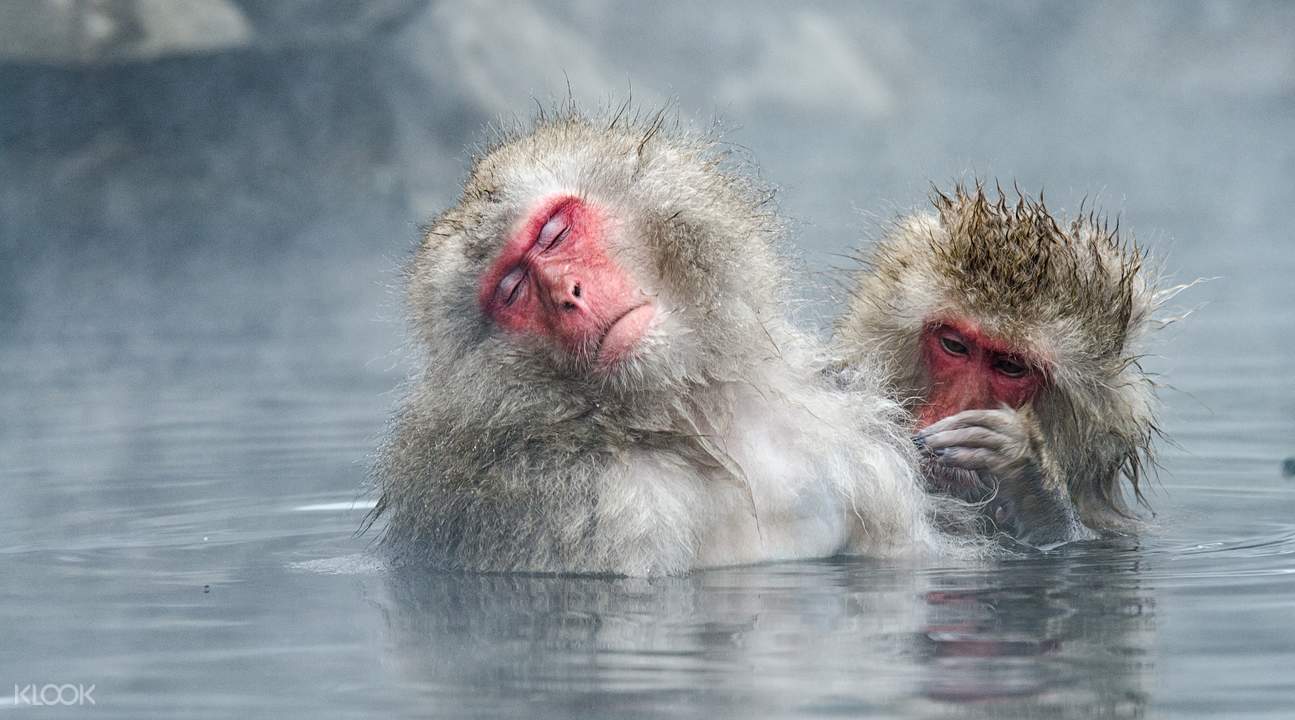