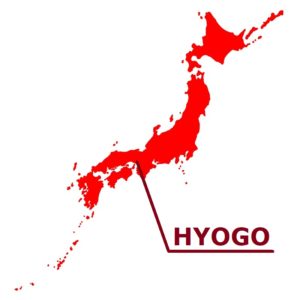 The Kobe Maritime Museum, located in Kobe City, Hyogo Prefecture, is packed with many exhibits related to ships. There is also an exhibition that you can enjoy not only seeing but also using your senses. It is a museum that adults and children can enjoy with their families.
The sea of Kobe, which has played an important role as an important trading hub with China and the Korean peninsula, and as an important base with the Seto Inland Sea. The Museum is filled with things that let you experience the oceanic romance in the Kobe sea from various perspectives, such as real things, diorama models, and images. The structure of the ship, how to enjoy the cruise liner, and the import and export products handled at Kobe Port are contents that can be enjoyed by children and adults alike. Above all, the British warship Rodney is a masterpiece.
In the history developed at Kobe Port, there are other places to see besides technology. That’s Memorial Park. You can feel the misery by actually looking at the state of the wharf that has collapsed in the Great Hanshin-Awaji Earthquake. It was a sad event, but its appearance is a mysterious landscape, very beautiful and a spot to see.
To access Kobe Maritime Museum, from the Sanyo Shinkansen, get off at Shin-Kobe Station. Kobe Marine Museum is a 15-minute drive from Shin-Kobe Station.
The nearby station from Kobe Maritime Museum is Minato Motomachi Station on the Kobe Municipal Subway Coastline. You will arrive in about 5 minutes from this station. You can also arrive from Japan Railway, Hanshin Railway’s Motomachi Station and Hankyu Railway’s “Kosoku Hanakuma Station” within a 15-minute walk.
No matter where you go from there, there are many Kobe’s unique spots around. You can reach Kobe Maritime Museum while enjoying Kobe in various ways.

Cruise passenger ships, and various other ship models, rope work and a boat made of reeds, gondola etc

“Kobe Maritime Museum” located in Meriken Park, Kobe City, Hyogo Prefecture, is a museum where you can learn about the history of the port of Kobe, the charm and structure of the ship. Besides Cruise passenger ships, and various other ship models, rope work and real objects such as, ashibune (a boat made of reeds), gondola etc are displayed. Furthermore, there are plenty of exhibits that children enjoy, such as the actual Shinkansen bullet train, motorcycle, jet ski, real large helicopter that can be touched.

Kobe Maritime Museum is a museum based on the concept “Kobe starts from the sea, port, and ships to the future”. This museum opened as “the Opening of the Kobe Port Commemoration Project” in 1987, 120 years after the opening of the Modern Kobe Port in 1868. It is a building characteristic of the large roof of the white space frame structure which imaged the sail of a sailing ship and wave. It is popular as a symbol of Kobe Port with the Port Tower.

Kobe as an international harbor city

There are exhibition rooms on the 1st and 2nd floors of the museum, exhibiting the structure of the ship, the display of navigation instruments, the introduction of the history of Kobe Port etc are displayed. In the facility called Maritime Theater, the theme of port history, sea, ship etc. are screened. You can experience Kobe as an international harbor city deeply.

“Past”, “present” and “future” of the sea, ship and harbor

Inside the hall, introduce the harbor and the state of the city changing with the times through a variety of exhibits such as the real thing of navigational instruments, the diorama model, graphics and so on. Furthermore, “Super Conductivity Electromagnetic Propulsion Ship” at the experimental stage is also displayed outdoors, so you can know deeper “past”, “present” and “future” of the sea, ship and harbor.

Bringing about a romantic atmosphere

It is lit up in the evening, and it is very popular as a couple’s date spot. A contrasting color with the red port tower is very beautiful and you can enjoy romantic mood.