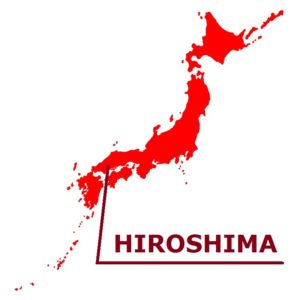 A part of Miyajima and Itsukushima-Jinja Shrine are designated as World Cultural Heritage sites and are representative tourist spots in Japan. There is another popular sightseeing spot “Momijidani Park” in Miyajima. In the autumn leaves season, its beauty is attracting attention and bustling with a large number of tourists.
“Momijidani Park” is about 5 minutes on foot from Miyajima Itsukushima-Jinja Shrine and about 15 minutes on foot from Miyajima pier. It is a beautiful natural park, throughout the four seasons, and as its name suggests, you can see the beautiful scenery, especially during the autumn leaves season.

Fantastic places in cool Japan
Itsukushima-jinja Shrine (Miyajima), Hiroshima
https://diversity-finder.net/tourism/itsukushima-jinja-shrine-miyajima-hiroshima
Speaking of Hiroshima's Itsukushima-jinja Shrine (Miyajima), there are many people who remember the red-painted Otorii floating in the sea. In 1996, it was registered as a World Heritage Site and is one of Japan's leading tourist attractions. It is a mysterious island where the island itself has been the object of faith since ancient times.Itsukushima Shrine and the surrounding area is one of the three most beautiful views in Japan. With a history of over 1400 years, the red-painted...

Most people who visited “Momijidani Park” tell the splendor of autumn leaves. Miyajima’s “Momijidani Park” is praised as one of the three most famous scenic spots in Japan, along with Amanohashidate and Matsushima, and it attracts people with outstanding beauty. Many people drop in on the way home after visiting Itsukushima-Jinja Shrine. The red bridge in the park is shining beautifully not only for the season of autumn leaves but also for the fresh green season.

In the peak season where the “autumn leaves festival” is held, autumn leaves are lighted up as well. A beautiful autumn leaves such as acer palmatum, Japanese maple and ginkgo in the park seems to emerge in the night sky is breathtakingly beauty. If you have the opportunity, please visit “Momijidani Park” in the evening.

Itsukushima-jinja Shrine is famous, but the “Momijidani Park” is also popular

“Miyajima Island”, the tourist resort popular as the three most famous views in Japan. Itsukushima-jinja Shrine is famous, but the “Momijidani Park” (Colored Leaves Valley Park) of Miyajima is popular because colored leaves are beautiful. The very beautiful spectacle has spread in the Momijidani Park in autumn with 700 colored maples.

The famous place, where autumnal leaves are beautiful

Itsukushima-jinja Shrine in Miyajima is famous, and the main shrine and great torii which appear on the sea are a popular sightseeing spot.
However, the famous place, where autumnal leaves are beautiful, is located in Miyajima called “island of God” from ancient times.

There are approximately 700 trees turning red in The Momijidani Park, and approximately 560 of them are iroha maples (acer palmatum).
The middle of November to the end of the month is the best time to see of autumnal leaves every year. It is said that the place around the Momijibashi bridge is a perfect autumnal-leaves spot especially.
The colored leaves floats on the surface of the water of the brook flowing through the park, and the colored leaves which are bright red on the surface of the water shiningly is wonderful contrast.

Deer also walking along Momijidani with the tourist

The Momijidani Park is full of many tourists more than usual every year when the time of best time to see comes every year.
A deer said to be an errand of God walks in fantastic scenery. There are many wild deer in Miyajima.
Such deer are also walking along Momijidani with the tourist as if it was enjoying the season of autumnal-leaves.