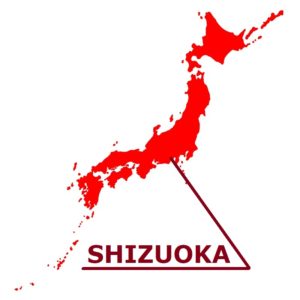 “Nihondaira” at the boundary between Shizuoka City Shimizu Ward and Suruga Ward is a scenic spot representing Shizuoka prefecture. Although it seems to be a plain from the name, it actually consists of Mt. Udo summit of 307 meters in height and its neighborhood. There is a legend that YAMATO Takeru no Mikoto (a prince of Emperor Keiko, a hero in ancient Japan) stood on the summit and looked around the surroundings. It was designated as the scenic spot of the country in 1959, and in 1980 it became No. 1 in “Japan Tourist Region Hundred Competition Contest.”
“Nihondaira” is a sightseeing spot that can be reached from Shizuoka station in about 30 minutes by car. From the highest Mt. Udo summit you can see the views of Mt. Fuji, Suruga Bay and the street of Shimizu. The beauty can not be expressed by words. Since you can expect beautiful scenery not only from the observation deck of the summit, it is a good idea to take a walk around the area.
At the summit there are observation deck, “mother and child statue of red shoes”, souvenir shops, restaurants, cafes and so on. At the Nihondaira Tea Center, you can experience tea picking from mid April to October, and it is also popular with tourists.
In 2016, Nihondaira was named “Night view of Japan” as a night view representing Japan. For other night view scenic sites, Mt. Hakodate in Hokkaido which is a night view spot representing Japan and Yamashita Park in Yokohama are also selected. Especially recommended time is just after sunset that you can see the silhouette of Mt. Fuji with night view together. If you visit Nihondaira on evening on a sunny day, you can see red Fuji lit by the sunset.
On the middle of Kunozan located south of Nihondaira, there is “Kunozan Toshogu Shrine“. It is connected with Nihondaira by a ropeway. Since it takes about 5 minutes to reach the ropeway, it is also a good idea to enjoy the two spots together. If you want to see the night view of Nihondaira, it is recommend sightseeing Shimizu city in the morning, watching Toshogu in the afternoon and heading to Nihondaira at dusk.

Famous also as a spot of a night view

Nihondaira is a beauty spot on the borders of Suruga-ku and Shimizu-ku of Shizuoka-shi, Shizuoka. It is the mountaintop of Mt.Udo along the Gulf of Suruga and the neighborhood whole area.
From Nihondaira, you can see Mount Fuji and Izu Peninsula over Gulf of Suruga, under their view, the rows of houses and the Shimizu harbor of the Shimizu division spread, and north, Akaishi Mountains can also be seen. It is famous also as a spot of a night view.

panorama views of 360 degrees can be enjoyed

The scenery from the mountain only in the ropeway

This is a 1056 meters in full length ropeway which connects the summit of Nihondaira, and Mt. Kuno. You can enjoy Gulf of Suruga and the expression of the seasonal mountain.
The view of Byobudani valley which spreads at hand is also dynamic. Please enjoy the scenery from the mountain only in the ropeway.

The tradition of antiquity is origin

As for the reason which “Nihondaira” (Japanese plains) came to be called so, the tradition of antiquity is origin.
YAMATO Takeru no Mikoto (a prince of Emperor Keiko, a hero in ancient Japan) told to have made an expedition to Ezo of Kumaso and the eastern country of Kyushu met a wildfire attack in a place of this Nihondaira. On that occasion, it is said that surrounding grass was mown off and the way out was found out by “Ame no Murakumo no Tsurugi Sword” received from Yamatohime no mikoto.

YAMATO Takeru no Mikoto reached the summit of the mountain of this Mt.Udo

Then, it is said that YAMATO Takeru no Mikoto reached the summit of the mountain of this Mt.Udo, and looked around the four directions. Because such a legend was left, it seemed to come to be called “Nihondaira”.