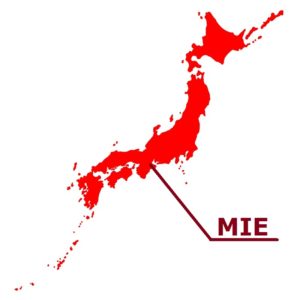 Do you know Iga Ninja? They were ninja who had a base in Iga City, Mie Prefecture, and they were ninjas who were excellent in body surgery through rigorous training since childhood. Today, Ueno Park in Iga City has a museum that conveys the culture of the ninjas. Isn’t ninja a fictional entity? Maybe there are people who say. However, if you visit Iga Ninja Village even if you don’t know ninja at all, you can experience ninja costume rental and ninja house tours, and it is a village where not only children but also adults can enjoy learning about ninja.
Iga Ninja Village is the area around Iga City and Ueno City in Mie Prefecture, where places related to ninja such as the Iga Ninja Museum, Iga Ueno Castle and its castle town are concentrated. The surrounding cityscape has a unique atmosphere of townhouses and is packed with elements that can be enjoyed not only by children but also by adults. This spot is recommended not only for families but also for dates and going out with friends.
In the “Iga Ninja Museum”, you can see the tricks that were actually set in the room using a real house, and the mini theater that Iga Ninja actually infiltrates into the castle There is a “Ninjutsu Experience Hall” where you can learn about it, and a “Ninja Tradition Hall” where you can learn ninja techniques that can be used even today. The museum is open from 9:00 to 17:00 and is packed with events for children and adults alike.
It is a mansion with a mechanism created by Ninjas to protect secrets from enemies, such as “turning them over backward”, “byway”, “hidden door”, “sword cover”. The house that was actually used was moved to Ueno Park, and it looks just like a normal house, and it is like a farmer at that time. Female ninjas will guide you through the corners of the house, demonstrating tricks.
In the Ninjutsu Experience Hall, the video screen of the mini theater shows a video that shows how ninjas have infiltrated and escaped. You can learn the strategy and the tools you used, and you can use it in the hall as well. Over 400 ninja items such as a device that can walk on the water are on display for a realistic experience.
What you should not miss at Iga Ninja Village is a ninja show that uses real ninja tools. There is no doubt that children and adults are enthusiastic about the full-scale, powerful show by the Iga Ninja Special Corps. The number of shows varies from day to day, and is generally held on Saturdays and Sundays, but there are also days off on weekdays. It is better to visit after checking on the official website.

The Ninjutsu experience and the Ninja show

Now the ninja is popular all over the world, not just in Japan. And it is Iga City in Mie Prefecture that declared “Ninja City” which is attracting attention as a village of ninja. This place of Iga school’s birth has “Ninja-Museum of Iga school” which inherits the skills and tools still. In Ninja-Museum, it tells us the figure of “true ninja” that can only be seen here such as the true Ninja Show that pursued image of Iga school’s ninja, the secret of the ninja house, the life of a ninja village, etc.
Ninja – Museum of Iga school consists of Ninja house, Ninjutsu Experience Hall and Ninja Trading Hall. If you pay extra fee, you can experience ninjutsu demonstration show and throwing knife (Shuriken). In the ninja house, “Kunoichi” (female ninja) and ninja’s guide will introduce you while demonstrating inside the house.
The palace of the Iga style ninja consisting of “Ninja Yashiki House” “Ninja experience building”, “Ninja Denshokan Museum”, and “Ninja Hiroba square”. There are the Ninjutsu experience and the Ninja show, and by which you’re a ninja from today.

Representative weapon of the ninja

It’s possible to peep at the world of Iga way Ninja wrapped mysteriously here. You can experience a secret of the Iga style art of concealment. It display “Ningu” and document more than 400 items at the time of “the throwing knives” which are the representative weapon of the ninja.

In addition, you can really sense “a water spider” and “the chain armour” which a ninja used bodily. The mechanism corridor where the devices such as “a reversal” or “a bypath” made you somewhat taste the throb feeling that oneself seemed to steal into a mansion.

You can experience beating a genuine throwing knife per person for 200 yen. A ninja show of force perfection is being held.
Speaking of the ninja show, there may be people who think like dance performance. You will be overwhelmed by its quickness ,technique and tension at the show “Ashura” which is performed by the special army corps of Iga school’s ninja. It is a demonstration of a virtuosity acquired by only those who passed down the tradition of true ninja.

Visitors can watch a show where ninja tools that were actually used in the ninja heyday are demonstrated. Shuriken, swords, and kusarigama are used in this exciting display.
And, Iga-ryu Ninja Museum sells original ninja goods that cannot be found anywhere else. There are t-shirts, toys, ninja tools, and ninja clothing, all of which are rare items only found in the Museum Shop.