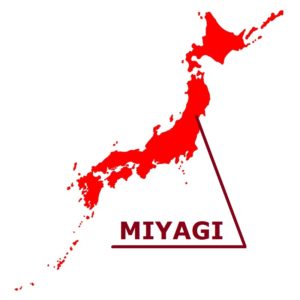 “Sendai Pageant of Starlight” is a winter tradition in Sendai. This Sendai Pageant of Starlight, which started in 1986 with the desire to “brighten winter Sendai” and “forest city to light city”, has been held through donations and support from many people. 160 zelkova trees on Jozenji Street are wrapped in beautiful shine.
Sendai Pageant of Starlight is the most popular illumination spot in Miyagi Prefecture. People are gathering for this event from many regions that are popular nationwide.
In Sendai Pageant of Starlight, about 600,000 LEDs light golden zelkova trees on Jozenji Street. It is about 800 meters long and can pass through light arches and light tunnels. There is a fantastic world where you can feel the illusion of walking in countless stars.
If you want to avoid congestion, you can see only one side across the road. However, it is recommended that you walk in the light tunnel (street) because it is absolutely beautiful. You can feel as if you are in the illumination, and it is also a great position for taking pictures.
The Sendai Pageant of Starlight is located in the center of Sendai, so it may be popular because of its good access. There are many restaurants in the surrounding area, and there are many stalls during the illumination event, so you can enjoy it while eating warm food.
There are also shops where you can dine while enjoying the light pageant, so it is recommended that you make a reservation and enjoy a relaxing illumination.
Access to Jozenji Street in the Sendai Pageant of Starlight venue is very convenient. If you go by public transport, it is a 1-minute walk from Kotodai Park Station on the Namboku Subway Line. It is about 3 minutes from JR Sendai Station (ride fee 200 yen). It’s not that far from walking.

Every December, various illumination events are held throughout the country. Among them, the “Page of of Starlight” to be held in Sendai City, Miyagi prefecture is a popular event where zelkova rows of trees are wrapped in beautiful illumination, enjoyable from children to adults.
The city of Sendai is full of greenery called “Mori no Miyako” (The Capital of Greens), but in the city after the war the building was destroyed by air raids, especially under the harsh environment where the air was full of flying grit in winter. In order to manage this situation, it seems that citizens and others invented an event covering zelkova trees, which is the source of the current “Page of of Starlight”, with electric decorations. Currently under clear air, during the event period, over 600,000 beautiful electric decorations are said to cover trees.

Approximately 600,000 illuminations shine on 160 zelkova trees of the Zenjo-ji Street “Sendai Pageant of Starlight”. During the event period, not only illumination but also Kotodai park and citizen open space will be set up opening booths and ice rinks etc. Also, around the venue, “Starlight Symphony” will be held on the first day of the event, and Sendai Philharmonic will hold charity concerts and many fun events will be held. This event has a long holding period and lighting ceremonies are held three times every day, so how about walking to Sendai, looking forward to the winter scenes beautifully coloring the Capital of Greens?

The “Sendai Pageant of starlight” is annual illumination event of Sendai-shi every year on December.
It becomes the common feature in the winter time of Sendai-shi, and continues being held more than 30 years.

Citizen volunteers having given zelkova tree-lined illuminations had been the beginning of it, and its scale is extended now, there is an immense crowd nearly 3 million every year.

The scene of hundreds of thousands of LED which is mounted on zelkova tree-lined seems like “a corridor of the light” seeing from ground, and like “the Milky Way” seeing from the sky.

This scenery is beyond a doubt the best part, as if you feel being in a forest of the light.
It is a splendid illumination event so everybody feel happy while they are surrounded by the warm light of electric bulbs.
The gentle light of illuminations to color the tree of 160 zelkovas light up the night of Sendai.