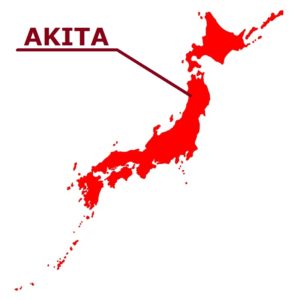 “Yokote Snow Festival” (Kamakura, Bonden) is a traditional event held in Yokote City, Akita Prefecture. It was originally a separate event, but since it was performed on the same date, it seems to have been performed at the same time. Introducing the outline and charm of this “Yokote Snow Festival”, a snowy country festival.
“Kamakura” (Snow Hut) was originally a sober and minor festival. Anyone can enter during Kamakura. It’s also a good idea to enjoy a variety of stories while drinking amazake (sweet mild sake) or eating rice cakes with the children inside.
Kamakura has good manners to follow. Kamakura is a festival of water gods, and water gods are enshrined in Kamakura. So be sure to give some money there. This Yokote area seems to have been troubled by water shortages from a long time ago, and Kamakura seems to have started with the thought that “the water in the well will not run out.”
Even if this kamakura is comfortable, it is one of the manners not to stay long.
More than 100 kamakura are made, some of which are mini-kamakura. You can’t enter a mini-kamakura, but if you watch a lot of mini-kamakura, you’ll feel fantastic with the beautiful lights.
The “Yokote Snow Festival” is not a stand-alone festival, it is a festival that combines customs and other events around the area and in the private sector. Among them, the central event will be called “Bonden”. This Bonden is a long stick that has been decorated with Japanese paper or white cloth, and represents the “yorishiro” (an object that divine spirits are drawn or summoned).
In Akita Furusato Village, “Bonden Song Competition” is held. The Bonden Competition will be held at the Omatsuri Plaza in front of the main government building of Yokote City Hall.
The main Bonden dedication of the festival runs from the Omatsuri Plaza to Asahiokayama Shrine. So it is better to know this course beforehand.
With the shout of “Joyasa, Joyasa”, Bonden bearers head to the dedication to Asahiokayama Shrine. This Bonden is held by one bearer and seems to be moving forward while changing the bearer. The best thing to see is when Bonden is dedicated to Asahiokayama Shrine. There is a tremendous appreciation until the young people are pressed against each other until they finally get to the end of their dedication.
Just like “stasis” Kamakura and “dynamics” Bonden.
Traditionally in snowy countries, the surroundings were closed during the winter and seemed less active outdoors. However, the traditions and performances such as songs have been succeeded instead. If you have a chance, please visit Yokote Snow Festival.

Visitors are wrapped in a warm atmosphere

“Snow Festival of Yokote” to be held in February every year in Yokote City with a lot of snowfall in Akita Prefecture. Various events will be held during the period, especially on 15th and 16th February, it is famous for making about 100 snow “Kamakura” (snow hut) of height 3 meters throughout the city. On the day, sweet sake and rice cake etc. are served in Kamakura, and those who visit are wrapped in a warm atmosphere.

Kamakura in Yokote City is a traditional event of the New Year with a history of about 450 years. In the Edo era, at the “Uchi-machi” (inner town) where the samurai lives, people worshiped Kamakura Daimyojin by making a square snow wall on January 14th of the lunar calendar. And by offering sake, rice cake and so on and burning Kadomatsu and Shimenawa, they were eliminating disasters and praying for the growth of children. On the other hand, at the “Soto-machi” (outer town) where the merchant lives, on January 15th of the lunar calendar, people made snow holes near the wells in the town, and worshiped the water god there, praying for good water it was. In addition, it seems that there were children, such as piercing the snow piled up and playing in it.
Together with these customs, in the Meiji era, a culture called “Kamakura” that enshrines the water god was born. Since then, the Kamakura event has been handed down from time to time, and since 1954, as part of the “Snow Festival of Yokote”, a series of Kamakura events have been held on 15th and 16th February every year.

Treasure to the future

A kamakura is a shelter made from snow, similar to an igloo of an Eskimo hut. However, it is said that local Yokote tradition, kamakura aren’t only just shelters for people, but also they are where their local spirits, kami, and dwell.
How well do you know about this local tradition in Yokote?
First of all, Yokote-shi is located in Akita prefecture, which is way up north in Tohoku region of Japan. Yokote is a place where traditional cultures have thrived along with the snowy winter conditions of this “heavy snow country” since long ago.

Carried out for 450 years

Here in Yokote, the Kamakura festival is held every year on February 15th and 16th. This event is a folk tradition that has been carried out for 450 years! This event gives spectators a true sense of what life is like in “heavy snow country” of Japan

Honor of the “Shinto Water Deity”

A small shrine for God is set-up in each of the snow huts (kamakura) in honor of the “Shinto Water Deity”. Then, local children sit inside the kamakura with their friends and drink Amazake (sweet alcoholic beverage made from fermented rice), eat Mochi (a rice cake), and play. Yokote is the only place in Japan with a folk tradition such as this!

If you have the opportunity to visit Japan during winter, how about checking out this event in Yokote, Akita!

If you’re coming to see the kamakura of Yokote, they are on display from the end of January until February 16th, every year. During this time, the kamakura are built and you can experience relaxing atmosphere inside them for yourself!