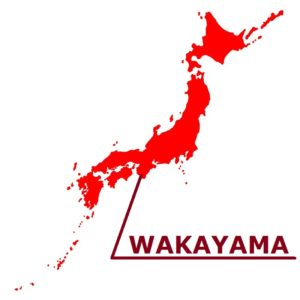 Submarine Mailbox is located in the beautiful sea of a small town called Susami Town located in the south of Wakayama Prefecture. It is located 100 meters from Karekinada coast and 10 meters deep. The sea in Susami is beautiful and calm, and this area is a popular spot for diving.
Submarine Mailbox in such a small town, Susami Town, has become a popular tourist spot in Wakayama Prefecture. It is popular with a wide range of people, including those who like the sea, those who like the mailbox, and those who are visiting interesting spots in Japan. If you visit the Kinan region of Wakayama, this is a spot you should stop by.
If you’re visiting Susami-cho, Wakayama Prefecture from Kyoto or Osaka, you should use the Japan Railway Kinokuni Line Limited Express Kuroshio. It is possible to board from major stations in Kansai, such as Kyoto Station, Shin-Osaka Station, and Tennoji Station. It takes about 2 hours and 20 minutes to the nearest Shusanmi Station.
The Submarine Mailbox was originally proposed by the postmaster of Susami-cho, but there was a lot of effort before it was actually installed. At that time, the mailbox that was actually used locally was on the verge of being discarded. However, it was thought that it was difficult to use this mailbox just by sinking it to the sea floor.
In order to collect postcards that float on the water, the top of the mailbox was cut with a saw, and a special anti-rust hinge was attached to it, and postcards posted on the mailbox were collected. In addition, a net was also installed so that postcards could be gathered inside, and concrete was poured into the post box so that it was not washed away by waves on the sea floor.
This mailbox is not just an object, it can actually post a special postcard. Of course, the mails that have been posted will be delivered to the destination. A submarine mailbox is a genuine mailbox. Many people visit Wakayama for the purpose of posting to this submarine mailbox.
If you want to send an under sea mail from a submarine mailbox, but are not confident in swimming or have no diving experience, you can have a Club Noah Susami staff diver instead. Many people send it to their families, friends, or travel destinations. There is no doubt that you will be pleased with its unusualness.

The mailbox in the world’s lowest place

The visited diver posts it at the “Submarine Mailbox” set at the diving spot, and the postcard collected from the sea is shipped to the whole world from the Susami post office. An average of 10 postcards are posted a day on average, and around 50 or so on a weekend or summer vacation are posted. In 2002, it was certified as Guinness Book and posted as ‘Mailbox in the deepest place in the world’. “Submarine Mailbox” got very popular and in 2011 the number of postings exceeded 30,000. Even diving beginners will be able to post by themselves if they participate in experiential diving, you can also ask staff for posting.(200 yen, air mail available)
However, because it is in the sea, post deterioration is intense, it may be that it is not the original color red with barnacles and seaweed attached after several months of submersion in the sea. It seems that now they are replacing two posts several times a year. They are sticking to the old round post and they seem to be recovering and using round posts that are no longer used by municipalities nationwide. However, it seems that posts of such forms are hard to gather at the moment and are struggling.

There is the submarine mailbox under bottom of the sea, where approximately 100 meters from the shore of Susami town, Wakayama, at the depth of 10 meters below the surface of the sea. It was certified as “the mailbox in the world’s lowest place” in 2002 by Guinness Book of World Records.

It is on a map

You can confirm it on a map of the lower part of this page, and it is surely underwater.
The submarine mailbox was put into this place by a suggestion of the director at local post office as part of the event in 1999. After the event was over, it is used in the same way as a common mailbox.

You can use air mail

A letter, which the diver who visit this place posts in “the underwater mailbox”, is collected and sent from the Susami post office to the world, (You can use air mail.)

Appears in a TV commercial

The posts are changed once a year. It seems that they use two posts one after the other every year.
In 2015, it appears in a TV commercial of the car.