A fantastic world of “sound and light” will be unfolded 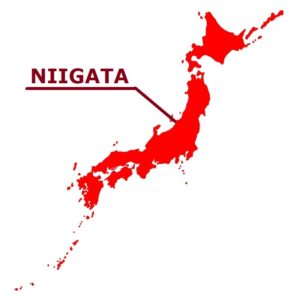 How do you spend your winter time? Do what you like in a warm room. Go to the ski area. Or you may have various ways of spending, such as going to a hot spring.
There are so many fun things to do in winter, but there are events where you can enjoy this season. That is the “Tokamachi Snow Festival” held in Tokamachi, Niigata Prefecture.
The Tokamachi Snow Festival is so popular that about 300,000 people visit during the event. Snow statues, carnivals, local cuisine, and sporting events are held here.
Among them, “carnival” is the main event. Carnival, the main event of the Snow Festival, will be held at Jogaoka Pure Land in Tokamachi City, and related events will be held in the city. To put it simply, a fantastic world of “sound and light” will be unfolded, such as music live performances by famous celebrities and brilliant kimono shows. Other fireworks and launches are also planned.

Every year, the opening festival is held at the carnival venue. A lot of famous entertainers appear and get excited very much.
The only way to enjoy this festival is to eat local dishes that you can’t usually taste and see beautiful snow statues.
In addition, the “Omatsuri Hiroba”, where you can find snow statues and food shops, is held in various parts of the city.
In addition, Snow Carnival, which is the main event of the festival, is well-received for its sound and light production and is worth seeing.
In addition, this festival is held in the city, so there are many fun events in various places.

Introducing access information for the Tokamachi Snow Festival. From Tokyo Station, take the Joetsu Shinkansen to Echigo Yuzawa Station. From there, take the Japan Railway Hokuhoku Line and get off at Tokamachi Station. The closest transportation to this carnival venue. You can get to the main venue in about 25 minutes on foot from this station.

The birthplace of a snow festival is Tokamachi City

A snow festival, one of the pleasures of winter trips. Various snow statues created by the people of the snow country who fight day to day with living snow using the snow during the winter. Although the size of the snow festival is large and small, it is held everywhere in Japan. However, it is not well known where the snow festival to be held in a town originated. Actually the birthplace of a snow festival is Tokamachi City, Niigata Prefecture. At that festival, large and small snow sculptures filled with sights are overflowing in the town, and at the main event snow fireworks are also launched into the night sky.
Tokamachi City is a city located in the Chuetsu region of Niigata Prefecture. On the northern side of Tokamachi City, the Shinano River, the longest river in Japan, flows and surrounded by the mountains, so in winter every year, it is a heavy snowy area where more than 2 meters of snow are piled up.

“Tokamachi Snow Festival” was born in Tokamachi, a heavy snowy area, from the feelings of local residents saying “I like snow and I enjoy snow.” In the festival, events and hospitality at “festival square” set up around the city and high artistic snow statues by citizen’s hands are created. And it is a big event to color a midwinter Tokamachi such as “Snow Carnival” which is all carried out on the stage made of snow.
On the east exit of the JR Iiyama Line, a snow statue has been created as a “station front event square”. There are street stalls, too and it is very busy. There are also snow festivals that take place throughout the town, and snow statues are built everywhere in Tokamachi City. There are small snow statues on the eaves of the shopping street, multiple big snow statues appear in a big space called “Hiroba” (square) like “station front event square” and “community square” using Tokamachi High School ground.
Although it takes time and effort to prepare for snow and a solid warming countermeasure, please try experiencing the Tokamachi Snow Festival which is unique in winter’s heavy snow area.

In every year around the end of February, the “Tokamachi Yuki Matsuri” (snow festival) is held in Tokamachi-shi, Niigata.
In this festival, many event like “The snowy work of art” by local inhabitants, “The festival open space” which is popular as its warm hospitality, and “The snow carnival” with spectacle of the sound and the light, are performed.

Niigata is the cradle

Speaking of snow festival, it might remind you “The Sapporo Snow Festival” or “The Otaru Snow Light Path“.

Fantastic places in cool Japan
Sapporo Snow Festival, Hokkaido
https://diversity-finder.net/tourism/sapporo-snow-festival
The beauty of light and snow in the white snow statue“Sapporo Snow Festival” is a big winter event that attracts many tourists not only from Japan but also from abroad. But in fact, you might be wondering what's so much fun to see the snow and what's attractive after all? In addition to enjoying the power and beauty of the so-called “Big Snow Statue,” the Sapporo Snow Festival has recently shown new attractions and excitement, such as “projection mapping” and many events.Sapporo Sno...

Fantastic places in cool Japan
Otaru Snow Light Path (Otaru Yukiakari no Michi), Hokkaido
https://diversity-finder.net/tourism/otaru-yukiakari-no-michi-otaru-snow-light-path-hokkaido
It is an event where fantastic, romantic, and such words go well.Otaru, a historic port town located next to Sapporo. The atmosphere of the city is full of tourists at any time of the year. "Otaru Yukiakari no Michi" (Otaru Snow Light Path) (Otaru Yukiakari no Michi) is held every year in Otaru and the 21st event in 2019. Today, it is a popular event that 500,000 people visit every year despite the 10-day event.Speaking of winter Hokkaido, "Sapporo Snow Festival" is the mo...

But actually, the birthplace of modern snow festival is not Hokkaido which held Sapporo and Otaru, it is said that Tokamachi, Niigata is the cradle.

On February 4 1950, it is considered that local residents led the way of the beginning as a ski relay race, a snow statue exhibition and a snow carnival.

Consider the heavy snowfall is advantages

They consider the heavy snowfall, which is always around 3 meters deep there, is advantages, and in three days, three-hundred thousand people come to visit this snow festival which was born from the thought of local residents “to assume snow a friend, and to enjoy snow”.

Above all, the main event to be said “the snow carnival” is performed on a big huge snow stage, that was certified by Guinness World Records for a time, and overwhelms visitors.