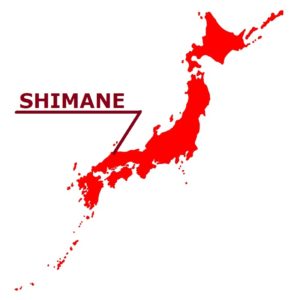 Red torii and castle town shine in the green of the mountain. Called “little Kyoto of San-in”, “Tsuwano” is full of charm that tickles the spirit of travel, such as historical romance, prayers & sacred places, Japanese goods and traditional Japanese sweets.If you want to fully enjoy the feeling that everyone will be healed, it is recommended that you travel alone.
“Tsuwabuki (a Japanese silver leaf) overgrown field” is said to be the origin of its place name in Tsuwano Town, which is located in the southwestern part of Shimane Prefecture, on the prefectural border with Yamaguchi Prefecture. When the castle was built in Mt. Reiki, which overlooks the Tsuwano Basin at the end of the Kamakura period, it became a cornerstone of the highway connecting Sanin area and Sanyo area, and it prospered in the industry centered on washi paper in the Edo period.
In the middle of the mountain overlooking the town, there is “Taikodani Inari Shrine”, one of Japan’s five major Inari Shrines. At the foot of the mountain, the townscape of the time remains intensely, and the atmosphere of the ancient city that lies deep in the mountain is worthy of being called “little Kyoto of San-in”.
The attractiveness that attracts many women, such as the retro cityscape and the Taikodani Inari Shrine, also known as sacred places, is truly diverse. You can expect healing full & fortune improvement.
First of all, go to “Toncho-dori” where old samurai residences and old schools are lined about 10 minutes walk from the station. The carp swimming gracefully in the “Horiwari” (waterways) along this street is a scene that is synonymous with Tsuwano. At the beginning of the Edo period, Horiwari was built by the first landlord of Tsuwano, and it was said that it was made to swim as a plague countermeasure in order to control mosquito larvae that occur in waterways.
Little Kyoto of San-in, Tsuwano full of all the tastes of the trip, such as wishes, sacred places, historical emotions. You may want to walk, ride bicycles, and enjoy yourself slowly. You will surely find new attractions every time you visit.

Tsuwano is also called the small Kyoto of Sanin Region from its historic landscape. Among them, Tonomachi Street where white walls line up still has a remarkable aspect of the castle town. Colored carpes flock to the clearance of the side gutters, and about 3,000 Japanese irises add color to the cityscape beside the ditch. Such Tsuwano-cho Tsuwano district is one of the leading tourist destinations in Shimane Prefecture where 1 million tourists visit each year.

This is the main street in Tsuwano town

Among Tsuwano’s towns, the area around Tonomachi is the place that leaves the oldest behind. Many historical sites such as Catholic Church, Hanko Yoro College (domain school) ruins, District office building ruins, Tsuwano Domain front gate are gathered. It also leads to the approach of Yasaka Jinja Shrine, Taikodani Inari-jinja Shrine, and the local hall is also near. Also, on this street there are local cuisine shops, coffee shops, souvenir shops and so on, this is the main street in Tsuwano town.

More than 20,000 carps are released in the vicinity of this area

Innumerable carpes swim in the street canal facing the soil wall, white or purple flowers of irises are blooming against the background the white wall under Musha-Mado (a lattice window in a samurai house). And the carp which crowds together in the shade of the flower looks like a graceful picture scroll. The canal is said to have been dug out as an irrigation canal when this castle town was built. More than 20,000 carps are released in the vicinity of this area, and they are assimilating into the lives of people.

The calm life of the old castle town

When entering a small street on both sides of Tonomachi Street, there are merchant houses of the old white wall with old white walls, and they are possible to touch the calm life of the old castle town.

The steam locomotive runs from Shin Yamaguchi to Tsuwano