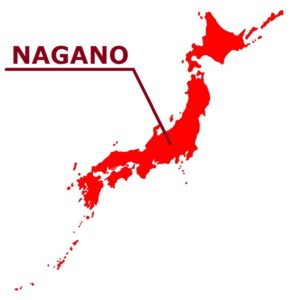 Zenkoji Temple is a temple located in the central area north of Nagano City, Nagano Prefecture. It is located about 2 kilometers on the north side of Nagano Station and is a symbol of Nagano City. Originally the city center area of Nagano City has a history that has been developed as the Monzen town of Zenkoji Temple, and Nagano City and Zenkoji Temple are inseparable relations.
The Zenkoji Temple is said to have been built during the Asuka period, and is an ancient temple with a history of over 1400 years. It is said that you can not go to the paradise if you don’t visit once in a lifetime, and it is sung as “Even if it is far, visit once at Zenkoji Temple”.
It is a tourist attraction representing Nagano, which is crowded with many visitors now and about 6 million people visit annually.
Zenkoji Temple with such a history is designated as a national treasure, and Ikko Sanzon Amida Nyorai (Amitabha Tathagata), the main shrine, is said to be the oldest Buddhist image in Japan. There are also many buildings and works of art designated as important cultural properties, and many attractions.
Because Zenkoji Temple is a temple, you can visit the precinct all day long and the admission fee is free. However, it is necessary to have a fee for viewing inner sanctuary of the main hall, Zenkoji Temple Archives, visiting the gate and Kyozo (sutra repository). The visit time of the inner sanctuary of the main hall is 6:00 to 16:00, and the summer season is 4:30 to 16:00. The viewing hours of Zenkoji Temple Archives, Sanmonto, Kyozo are from 9:00 to 16:00. In addition, as the viewing time changes depending on the circumstances of the event to be held, please make sure to check on the official site of Zenkoji Temple in advance when you are viewing.
Zenkoji Temple is a nonsectarian temple with a sango (honorific mountain prefix) called “Jogakusan”. It is a non-denomination, but it is a rare form of operation operated by Daikanjin (priest to collect contributions for the construction of Todai-ji Temple) in Tendai, as well as 25 sects and Daihongan in Jodo sec
Two people, Daikanjin, called ‘Kansu’ and Daihongan, called ‘shonin’, serve as Zenkoji Temple. By the way, Daihongan is one of the largest nunnery in the country. The reason that Zenkoji is non-denomination is because it was built during the Asuka period, when there were no sects yet.
Since Zenkoji Temple remained even after the sect was born, it has continued as a non-sectarian temple until now.

The huge temple architecture of the masterpiece

There is Zenkoji Temple, which is famous throughout the country, in Nagano. In the Edo period, it is a popular temple that is said to be “visit Zenkoji once in a lifetime” and is a famous temple where many visitors come from all over Japan. That Zenkoji Temple can be seen as the honorable masterpiece of Amida triad (Amida Nyorai, right flanking attendant Seiji Bosatsu, left flanking attendant Kannon Bosatsu), which is also said to be the oldest in Japan, and even the huge temple architecture of the masterpiece.

The main hall was rebuilt in 1707 and designated as a national treasure. In addition, the mountain gate has been designated as an important cultural asset and has kept its appearance. In this Zenkoji Temple you can enter into such a masterpiece of buildings, and you can make a special experience with valuable historical relics that can only be seen here.

The Chureiden Hall, the Museum of Zenkoji Temple next to the main hall

The biggest attraction is the Main Hall of national treasure

Zenkoji Temple is in a huge square area, Main Hall, Mountain Gate, Kyozo (sutra repository), Nio-mon Gate (Gate of Deva), Chureiden Hall, Museum of Zenkoji, Goma-do hall (hall for burning holy sticks of invocation ), Daihongan Hall and other buildings line up. Among them, it is said that the biggest attraction is the Main Hall of national treasure.

The third largest among the wooden buildings designated as National Treasures

As mentioned above, this Main Hall is a historical building rebuilt in 1707, its size is huge, about 27 meters high, about 24 meters in width, about 53 meters in depth. It is said to be the third largest among the wooden buildings designated as National Treasures. It seems that it is built with a construction method called hiwadabuki (with the bark of hinoki Japanese cypress as roof material) made using cypress trees.