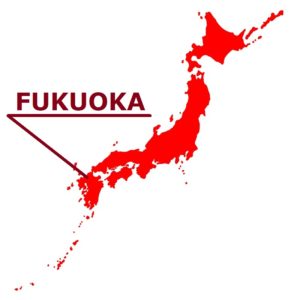 “Kokura Gion Daiko” (Japanese Drum Festival) is an annual festival in summer held in July every year in Kitakyushu City Kokura Kita Ward. It is the tradition “Kokura Gion Daiko” traditionally transmitted from the Edo period to color the festival. On the festival day, the decorated drums walk through the city center from the castle town of Kokura.
Kokura Gion Festival is a history and traditional festival that originated at the Yasaka Shrine’s anual festival, centered on the castle town of Kokura Castle that continued from the Edo era. Its tradition is still handed down, and a group of drumming acts will be held with Kokura Kita – ku ‘s Kajiya town, Sakai town, Uo – machi, Konnya – machi and other neighborhood associations. It seems that the technique of that drum is handed down along with the ancestral history.
Kokura Gion Daiko has a reputation that the Japanese drum performance is wonderful. At the Japanese drum performance competition, adult teams, children’s teams and general teams wear a matching yukata and compete for drumming. Each team’s brilliant drumstick-work is a must-see. In fact, it is very difficult to tap a drum with a slow rhythm, not just hit hard. Let’s pay attention to gentle and supple body work, drumstick-work, unity with the festival music and so on. Every team aims to win and the team is seriously united. You will feel powerful and deep tradition in the form of their fullest competition.

At the climax of the festival, all festival cars with drums will stop and a total of 5,000 people will beat at the same time. It begins around 18 o’clock. You can not miss the powerful contest where the streets are wrapped in the sound of Gion drum.

Introducing access to the area around Kokura Castle where The Kokura Gion Daiko is held. If you are going from Osaka, take the Sanyo Shinkansen and get off at Kokura Station. From there, it takes about 10 minutes to reach the destination.
If you are flying, take the limousine bus from Kitakyushu Airport to the Kitakyushu Airport Line to Kusami Station. Take the Japan Railway Nippo Main Line from Kusami Station and get off at Nishi-Kokura Station. From there you will arrive at your destination in about 8 minutes.

One of the three biggest Gion Festival of Fukuoka

“Kokura Gion Daiko” festival is the Rei-taisai (Annual festival) of the Yasaka-jinja Shrine in the Kokura castle. It was registered as intangible cultural property designated by the Prefecture in 1958. It is said that this festival is one of the three great Gion Festival in Japan. The festival having roots in the Gion Festival of Kyoto has the history of 400 years from Edo period. Moreover, it is called “one of the three biggest Gion Festival of Fukuoka prefecture” with Hakata Gion Yamagasa and Tobata Gion Oyamagasa.

Fantastic places in cool Japan
Gion Matsuri Festival, Kyoto
https://diversity-finder.net/tourism/gion-matsuri-festival
Eelegance and energeticnessThe Gion Festival is held every year for one month from July 1 to 31. "Kon kon chikitin konchikichin, konchikichin". With the sound of "Gion Bayashi" (Gion Festival Music), Kyoto in July is full of Gion Festival. Gion Festival is a festival with a very long history that has been held for more than a thousand years. From July 1st (Kippuiri) to 31st (Ekijinja Nagoshikai Festival), it is a rites and festivals of Yasaka Shrine where various festivals...
Please also see this.

Fantastic places in cool Japan
Hakata Gion Yamakasa Summer Festival, Fukuoka
https://diversity-finder.net/tourism/hakata-gion-yamagasa-summer-festival
There are various festivals all over Japan, and the contents are varied. Among them, at energetic and violent festivals, you can enjoy the thrill of watching them.Various festivals are also held in Hakata Ward, located in the center of Fukuoka City, Fukuoka Prefecture. Among them, “Hakata Gion Yamagasa” is one of the three major festivals in Hakata, along with “Hakata Dontaku” in spring and “Hojoya” in autumn.Among such “rough festivals”, “Hakata Gion Yamagasa” is a festival that is enriched ...

An energetic shout and the sound of a forcible drum

It is held for 3 days in July every year in Kokurakita-ku, Kitakyushu-shi. Exciting drum musical accompaniment is the feature. An energetic shout and the sound of a forcible drum resound on the outskirts and inside of the Ogura Castle, and a child and an adult get exciting together. Every year, “Beat the drum by all” performed on the final day is spectacular.

In Kokura Gion Daiko, the contest of a drum can be enjoyed all around which in the town. In the contest of the drum, Each team competes for the batting style of the drum being all uniformly dressed. It has must-see value in splendid drumstick – work.

Blow away the heat and tiredness of summer

The sound is different at front and back of surfaces of the drum, and Gion Daiko is even different in a style of beating. The most special feature is “double-sided beat” to which two persons strike both sides of the drum.
The tone of a drum is likely to blow away the heat and tiredness of summer.